Both fighters believed they had done enough over the 12 rounds to earn the decision.

“I absolutely thought I won the fight,” said Alexander. “The last few rounds I probably gave him, but I thought I out landed him in the 12th. I thought I did enough to win. I gave him three rounds.”

“I thought the decision was a little off and I thought I did enough to win,” said Ortiz. “The first few rounds were a little complicated. He’s a great boxer and he was timing me just right. I wasn’t leaving the line of fire.”

The fight turned out to be a back-and-forth affair, with Alexander dominating much of the early action. Alexander frequently caught Ortiz charging in with right hands and combinations. The attacks opened up swelling in Victor’s left eye beginning in round three.

“The eye was tough to overcome,” said Ortiz. “I can’t really see out of it. I really had to listen to my corner. I tried to stay composed as I could, but he’s a really good fighter.”

“My game plan was to be smart,” said Alexander. “Victor always has problems with people that are faster and have more ring IQ. I wanted to put him in the state of mind that he can’t win.”

After 12 rounds, the judges scored the bout 115-113 for Ortiz and 114-114 twice, resulting in the majority draw. After the bout, both former champions expressed interest in a possible rematch.

“I would love a rematch,” said Alexander. “That’s up to my team to see what’s next, but I’ll fight anybody. I’m a real fighter.”

“A rematch would be awesome,” said Ortiz. “If both teams agree and the fans want it, let’s make it happen.”

“It was a tough fight tonight against a tough competitor who puts everything on the line,” said Plant. “I’m happy we got the job done tonight.”

Plant established his style early, landing several flush jabs in round one to control the distance. The Nashville-born fighter showed the superior footwork from the outset that would lead him to the victory.

“I stuck to the game plan and I did exactly what I said I was going to do,” said Plant. “I boxed his ears off for 12 rounds.”

“He never had me hurt, but I found his style very difficult,” said Medina. “He moves a lot and he’s pretty quick, so that was tough to deal with.”

While Plant has now become the number two rated contender in the IBF 168-pound rankings, Medina was not eligible to achieve that ranking due to missing weight Friday.

“I think I felt the struggle to make weight a little bit,” said Medina. “I was a little tired in the later rounds and it probably was due to the drain to make weight. But it is what it is.”

Plant was able to mix in lead left hooks and straight right hands to continue to damage Medina throughout the action. The consistent jabs caused blood to begin pouring out of the nose of Medina beginning in round three.

While Medina continued to fight hard and occasionally land single clean punches on Plant, he was unable to follow-up with much effective offense and never was able to hurt his opponent.

“I want (IBF 168-pound champion) Caleb Truax,” said Plant. “He was calling me out when I was 12-0. I’m on the doorstep knocking now, let’s see if he still wants it. He can either ship me the IBF belt to my doorstep, or I’ll come take it off his waist.”

The four-round bout was not only the first time Balderas had gone the distance as a pro, but the first time an opponent made it through more than one round against him. Balderas staggered Rojas early in round one with a counter left hook, but Rojas was able to survive the round and the subsequent stanzas.

“I felt good in there,” said Balderas. “I need to learn to relax a little bit more in the ring. I hurt him in the first round and I could have finished him quickly. My corner reminded me to slow down, but I was still throwing everything with power. I’m going to keep working on my composure in the gym. I can’t kill everyone in the first round.”

After four rounds of action all three judges scored the fight in favor of the Santa Maria, California-native Balderas by the score of 40-36. 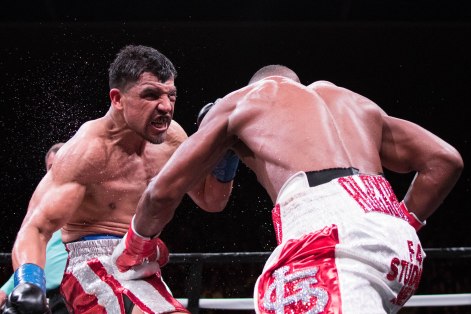 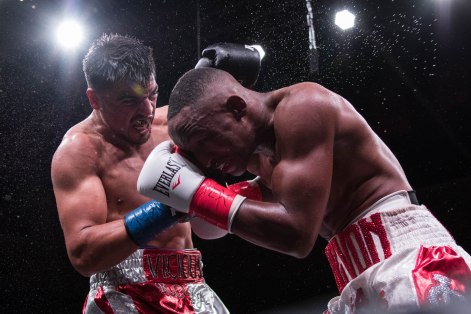 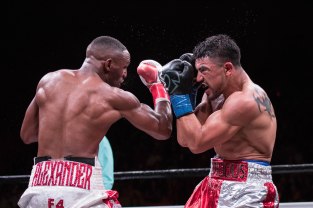 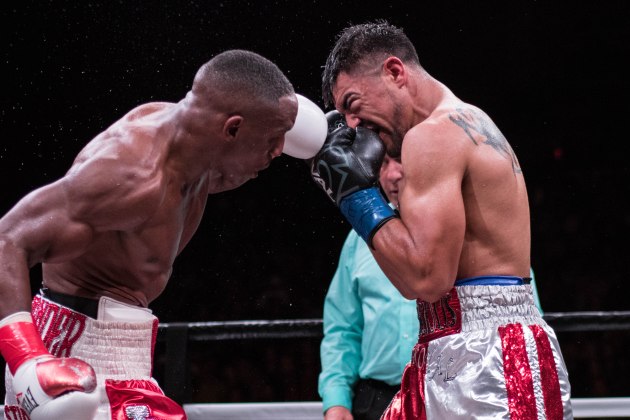 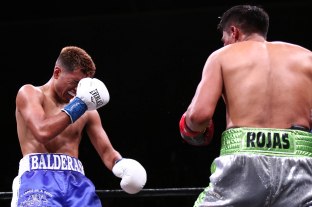 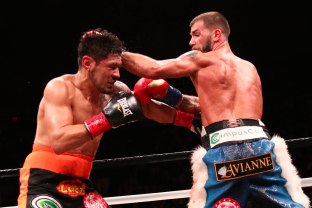 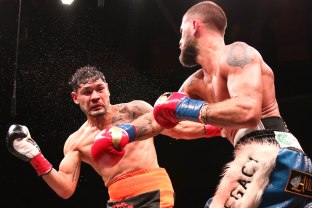 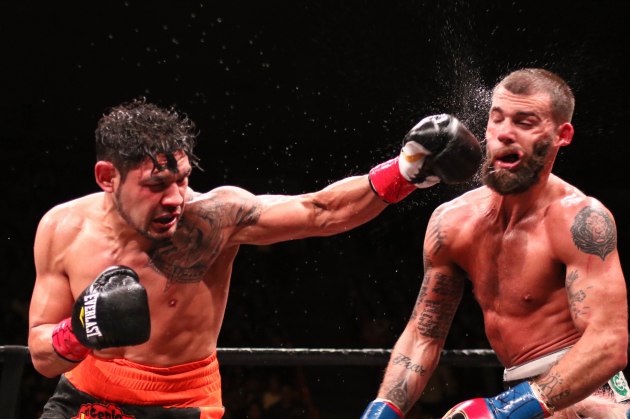 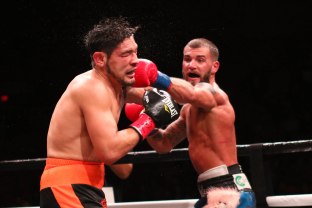 0 comments on “ORTIZ & ALEXANDER FIGHT TO A DRAW”