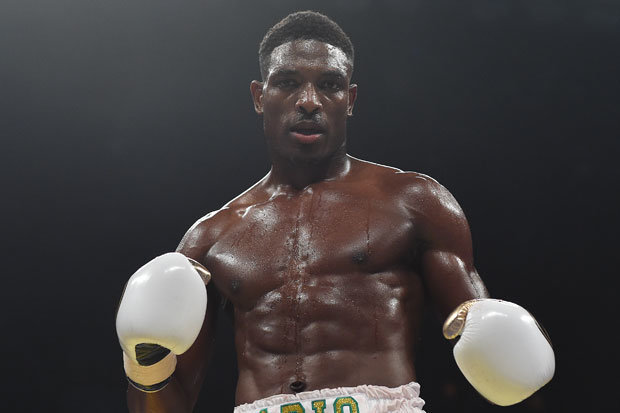 By Sean Bastow – Returning to action this Saturday is 5-1 (3KOs) prospect Umar Sadiq as he fights for the third time in 2019 against tough journeyman Darryl “Razor” Sharp.

Sadiq turned professional in 2017 when he took on charismatic journeyman Lewis “Poochi” Van Poetsch winning on via a point’s decision, he then took on Yailton Neves, and a fight which Sadiq claims has been the hardest one of his career to date out of all six contests he has been involved in.

“My hardest fight was my second one against Neves, he was a really awkward but after I dropped him he went into survival mode and I tried everything to stop him but ended up trying too hard”

“I have learnt a lot from my bouts with the journeymen, they are the backbone of the sport, but I am not one of those fighters who is happy just to build my record up on just fighting journeymen”

The upcoming bout is Sadiq’s third outing since the defeat to super middleweight rival Zak Chelli in what was a closely fought contest over eight rounds, and a fight that both men were applauded for taking at such an early stage of their careers.

“I took the fight with Zak because I believe I have the beating of him, I am a much better fighter than he is, contrary to the fact I lost that fight”.

“I felt like it was a close fight which a lot of people believe I should have won, but for whatever reason on the night it was just not meant to be”

The bout on Saturday pits Sadiq with experienced and tough journeyman Darryl Sharp, but he was not the first choice of opponent for Sadiq, who is looking push on in his career, but it is a fight he does not take lightly.

“I appreciate Darryl taking the fight, what is important is to ensure I keep active in the ring, but I have not come into the professional ranks to keep taking tick over fights”

Promoted by Queensbury Promotions & Frank Warren, Sadiq wants to be on another big show having fought on bills which have took place at The O2 and Wembley Arena alongside the like of Anthony Yarde & Nathan Gorman.

The next year in boxing for Sadiq is one that he sees as an important one, having bounced back from the Chelli loss he is looking to push himself straight in to title contention and is looking to be involved in a title fight by the end of the year.

“Frank is looking to get me and some of the other lads on a show in the new season, getting the TV exposure is huge for my career and step in the direction of me going on too one day become super middleweight champion of the world”

Sadiq fights this Saturday on the Steve Goodwin promoted show at the York Hall, Bethnal Green.