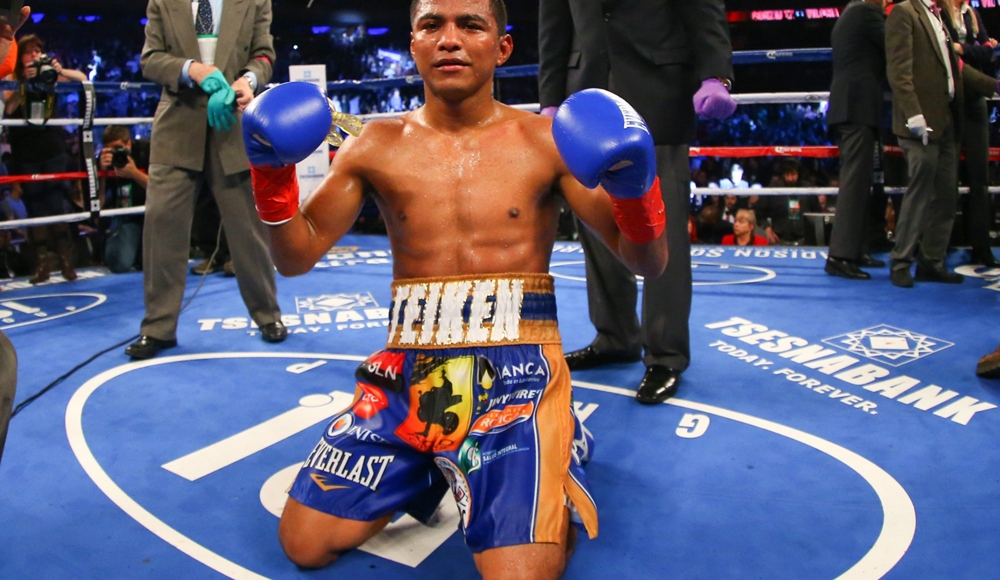 By Dean Berks – How things can change so fast in twelve months. As we entered 2017, Roman Gonzalez sat atop of the mythical pound for pound list. Unbeaten at 46-0, with 38 KO’s, the Nicaraguan had become his countries first ever four division champion and the first fighter to ever win titles in boxing’s four lightest weight classes. He had taken the scalps of such quality fighters like Juan Francisco Estrada, Brian Viloria, Akira Yaegashi and Carlos Cuadras, the latter to win his then current title, the WBC super-flyweight championship. Despite having a tougher than expected time with Cuadras, he was expected to take care of his next challenger and soar to even greater heights. Except boxing can be an unpredictable and unforgiving sport.

Former WBC champion Srisaket Sor Rungvisai brought the Gonzalez train to a shuddering halt, knocking down the defending title holder for the first time in his career in round one before grinding out a disputed majority decision in a compelling battle. As Gonzalez licked his wounds with his first “loss” ever (he was unbeaten as an amateur in a reported 88 bouts), many felt that the decision was unjust and that Gonzalez had deserved to retain his title. It had been Gonzalez first fight without his long term trainer Arnulfo Obando, who had suffered a stroke and was sadly declared brain dead at just 53 years of age. One can only imagine how badly this tragedy had effected him, losing the companionship and voice of reason in such an intense and tight-knitted sport. An immediate rematch was arranged with the winner set to face the victor of the supporting fight between Cuadras and Estrada. Gonzalez, once again with his father acting as head trainer, was heavily favoured to regain his title and former status.

But come fight night Gonzalez looked nothing like the fighter who had entered the ring forty seven times previously. Rungvisai, looking the naturally bigger fighter, became the puncher, visibly hurting Gonzalez who struggled to gather any momentum as his punches bounced harmlessly off of the champion. In round four Gonzalez was dropped once again by a powerful right hook, before becoming one of the victims of “Knockout of the Year” for 2017 when another hook blasted him to the canvas for the finish. It was a stunning and devastating ending that raised so many questions about how Gonzalez could ever recover from such a crushing defeat.

Opinions have been going in to overload since that defeat, with many suggesting that a long and hard career has finally taken its toll, with lighter fighters generally aging quicker than their heavier counterparts, and that retirement is the next logical step. Another point that has been raised is that the step up to super-flyweight is a step too far. The evidence points to his win over Cuadras and then the two defeats to Rungvisai, fights were Gonzalez appeared less convincing than before. Another huge factor that cannot be overlooked is the loss of his trainer. As stated earlier, this can effect any fighter at any level, from four round novice to world champion. Or maybe all three of the above are to blame for the fall of this future Hall of Famer. Only time will tell.

Gonzalez though has responded to all three of statements. Firstly, he is not retiring, feeling that he still has a lot more to offer and accomplish. Secondly, he will remain in the 8st 3lb division, citing that he can no longer make flyweight. And thirdly, he has mentioned the name of Felix Trinidad Sr. to take over as his trainer. That could well prove to be a highly valuable move with the top class experience he would bring, having guided the outstanding career of his son Felix Jr.

A mooted fight against our own WBA champion Kal Yafai has set tongues wagging, but first Gonzalez hopes to have a warm-up fight around April. A good idea by all accounts, as this could maybe help him to acclimatise to the weight better without the danger of a world-class operator staring at him from the opposite corner, although I personally thought that Rungvisai looked huge for the weight the second time around. After that, we would have a clearer idea of where his future may take him.

Here’s hoping that the end isn’t in sight for Gonzalez. He has been a tremendous advert for the sport, particularly for boxing’s smaller protagonists, and has been hugely entertaining in some fantastic fights. Hopefully, 2018 will bury the shadow of 2017, and then maybe his name will be mentioned when “Comeback of the Year” is announced.