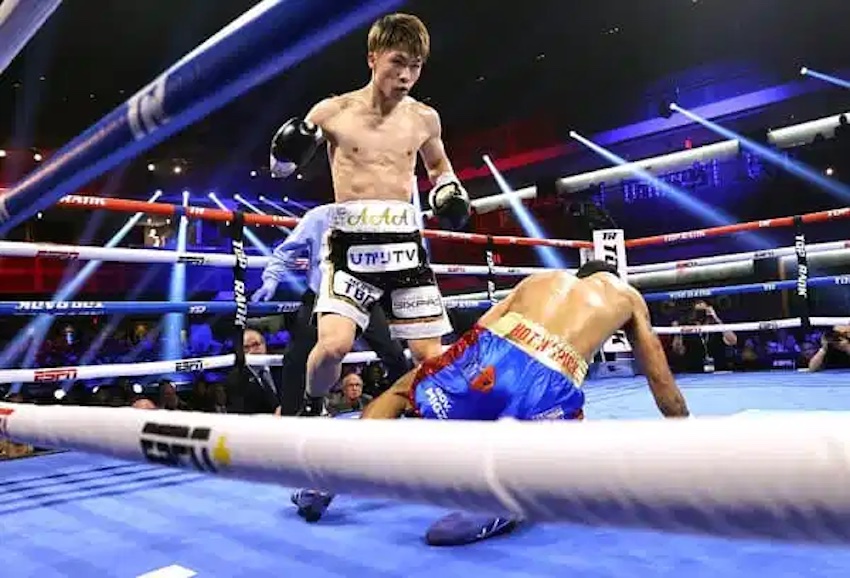 Inoue once more showcased his formidable power, dropping Dasmarinas with a body shot in round two which was followed by two more knockdowns in the third. Time was 2:45.

“Against the number one ranked fighter, Dasmarinas, I think I had a great win,” said Inoue. “I prepare myself to knock them out, whether with a head shot or a body shot. I came prepared and to get a win by knockout is good for me.

“The first round, I just wanted to see what he had. It depended on how he came out, and after a little while, yeah, I thought I could get him out.

“Getting the win makes me smile, but to be able to fight the winner of Casimero and Donaire, that brings me another smile.”

Hall of Fame promoter Bob Arum said, “Naoya Inoue is a unique force of nature inside that ring. Another incredible performance from ‘The Monster.’ We are seeing a great fighter at work here, and he is only going to get better.”

0 comments on “ANOTHER MONSTER PERFORMANCE FROM INOUE WHO KO’S DASMARINAS IN THE THIRD!”