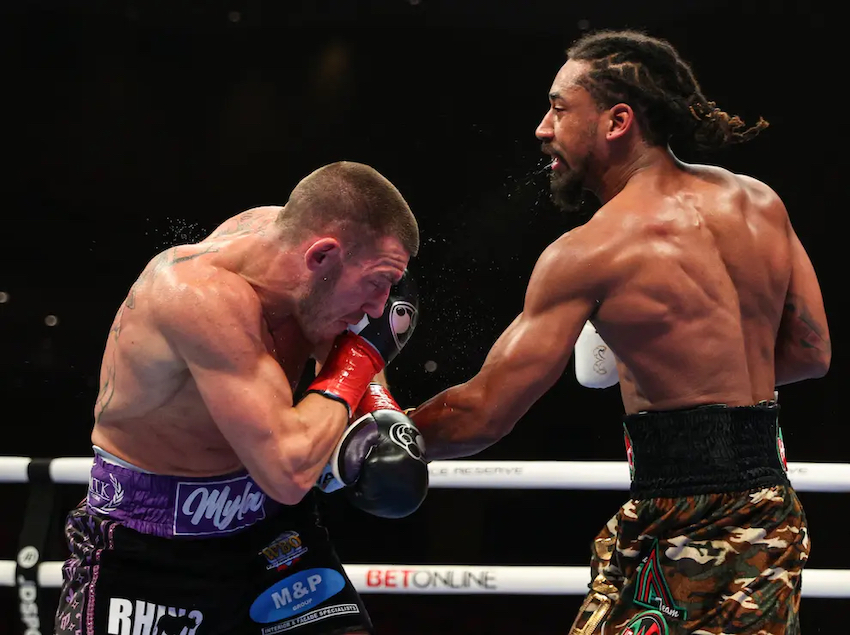 Andrade must have thought he had clocked out early of this particular shift, dropping Williams heavily in the second but the tenacious Welshman found his feet at the referees nine count. Andrade remained in control for the remainder of the contest albeit seemingly hurt in the ninth, but was adjudged to have done enough on the Judges scorecards to retain his title via scores of 116-111, 118-109, 118-109.

Congrats @Liamwilliamsko & @dominicingle on a great fight and for showing how tough u are, Liam u will be world champ in the future! Nothing but respect!! Thanks to the fans who watched and support boxing. Looking forward to defending my @WorldBoxingOrg in the summer. #ATean