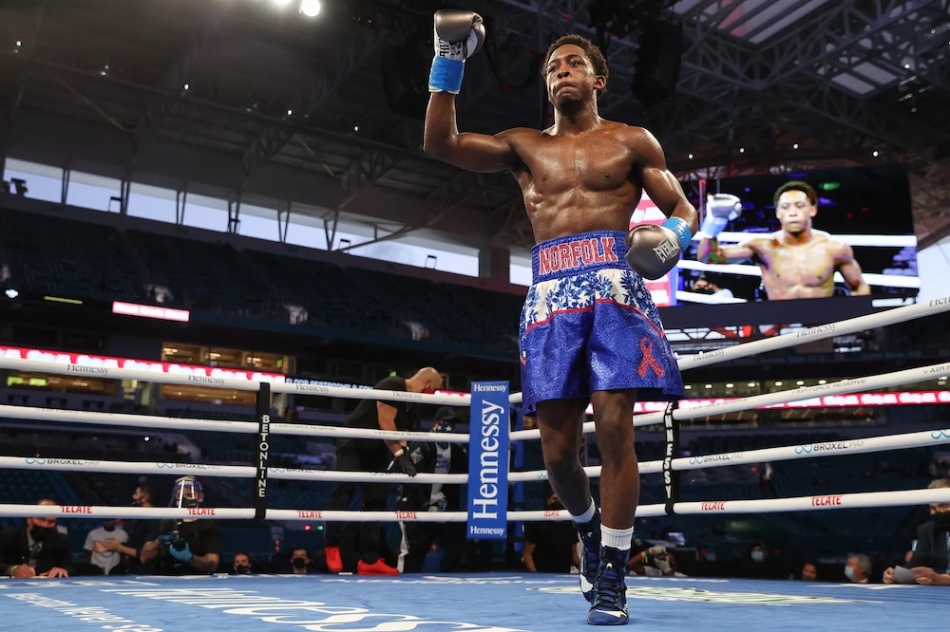 By Lee Thornton – Feb 27th 2021 marked the return of Boxing’s Pound 4 Pound King Saul ‘Canelo’ Alvarez who as expected put on another brilliant performance in his domination of Avni Yildirim who was completely outgunned and overmatched.

The talk will then usually revolve around the performance of Canelo whilst the rest of the card usually gets overlooked which is a great shame. This time however more so as it showcased the highly decorated amateur boxer from Team USA Keyshawn Davis who was making his professional debut.

Davis a silver medalist in the Pan American games and World Championships has sparred the likes of Terence Crawford, Shakur Stevenson and Teofimo Lopez in gaining valuable knowledge in the sweet science.

Watching Davis make his debut on Saturday night witnessed him demonstrate extremely accurate punching, changes levels and using of his lead hand to disrupt his opponent whilst mixing in Great head and body combinations along with defensive adjustments such as head movement and little backward steps to avoid punches at close range.

I believe Davis had the the most impressive debut I’ve seen in many years, a terrific talent that I see becoming a world champion in years to come.