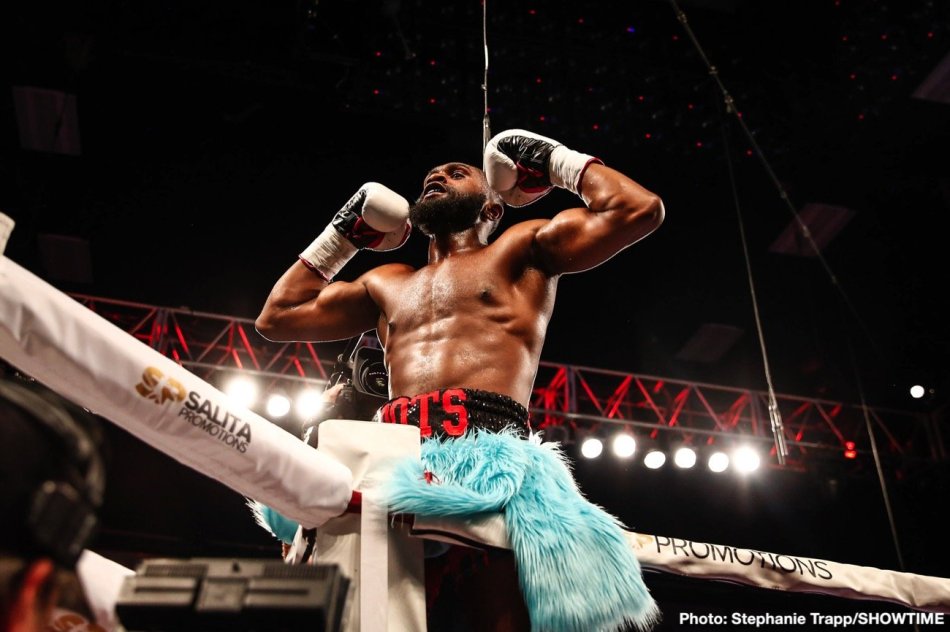 Ennis, who made his SHOWTIME debut in 2018 on ShoBox: The New Generation, is trained by his father Bozy Ennis at Bozy’s Dungeon in Philadelphia, Pa.

“I’ve been sparring with some of my dad’s fighters, but we’ve had trouble finding guys to spar because of the virus,” said Ennis. “We just want to keep everyone safe and healthy. But we’re definitely ready. I’m ready to rock and roll and keep my knockout streak going with No. 17 on December 19.”

Ennis is currently ranked WBO No. 7, IBF No. 10 and WBC No. 11 at 147 pounds. He knows he competes in boxing’s glamour division with superstars like Errol Spence Jr., Terence Crawford, Manny Pacquiao, Shawn Porter, Keith Thurman and Danny Garcia.

“I just want to fight the world champions,” said the power-punching Ennis, who has recorded 16 knockdowns in his last seven fights. “I want to fight the top five guys. I’m ready, and I’ve been ready to make a big statement. I just have to stay focused and do what I have to do and handle my business and then it’s on to bigger and better things.”

Even though his last seven fights were scheduled for 10 rounds, Ennis has only gone six rounds once in his professional career. “We prepare ourselves for 12, 15 rounds,” he said. “I can go all day long. I get stronger as the fight goes on. I know people haven’t gotten to see that side of me yet. If it goes past six rounds, then I’m in shape for it. I’m always in shape, and I’m ready to go. No matter many rounds I have to go.”

Ennis believes that a big fight against a top 147-pounder is in his near future. “At the end of the day people are seeing that it’s not my fault I’m not getting these big fights,” he said. “These guys are hopping around me and don’t want to fight me. I can only fight who they put in front of me. I definitely think I need to make a big statement on December 19 so that in 2021 I can start getting the big fights. I will be a world champion in 2021!”

Ennis is a natural right-hander who fights from the southpaw stance. “Everybody knows I love to fight southpaws,” he said. “Early in my career I fought four or five southpaws back-to-back. I love it. It’s easy for me and they don’t give me any problems. I know southpaws don’t like fighting other southpaws, but I love fighting them.”