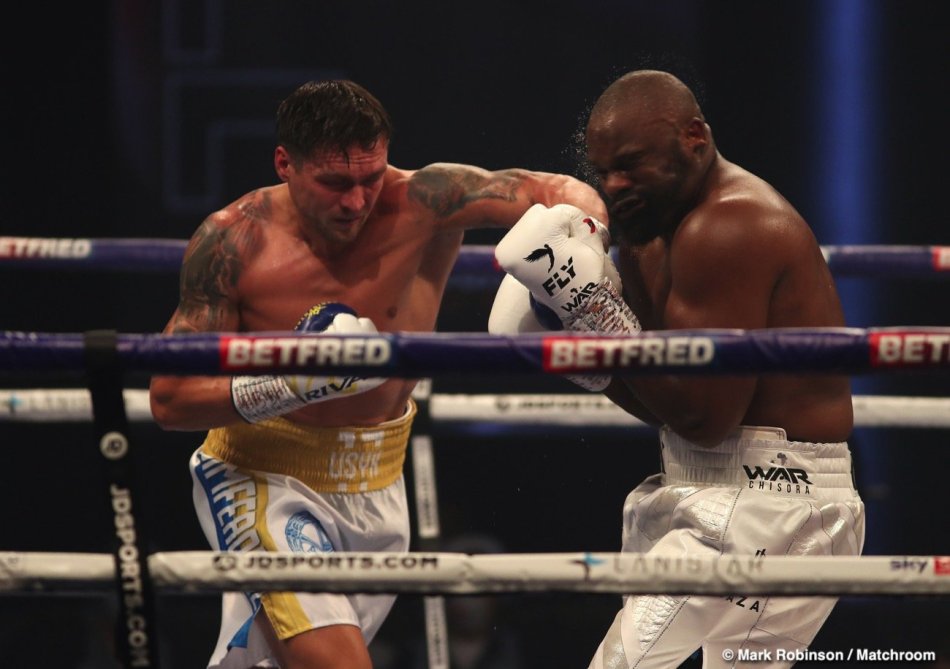 Former undisputed Cruiserweight king Oleksandr Usyk (18-0, 13 KOs) fought Derek Chisora (32-10, 23 KOs) to a hard fought twelve round unanimous decision on Saturday night at the SSE Arena, England. Chisora’s intentions were clear from the start as he pressured Usyk with some success but it wouldn’t take long for Usyk to adapt before taking control of the contest to win by scores of 117-112, 115-113, 115-113.

Unbeaten lightweight Aussie George Kambosos Jr (19-0, 10 KOs) took the biggest scalp of his career to date with the twelve round split decision of former IBF featherweight champion Lee Selby (28-3, 9 KOs). Kambosos aggressively pursued the Welshman, landing the harder shots of the two whilst Selby tried to box and move his way to a decision. At the end of the twelve rounds, two of the judges scored it 118-110, 116-112 Kambosos whilst the other edged in favour of Selby by 115-114.

Female middleweight Savannah Marshall (9-0, 7 KOs) secured the vacant WBO title with the impressive stoppage of Hannah Rankin (9-5, 2 KOs). Marshall punished Rankin for seven rounds before Rankin took refuge on the canvas as the bout was stopped. Time was 1:59.