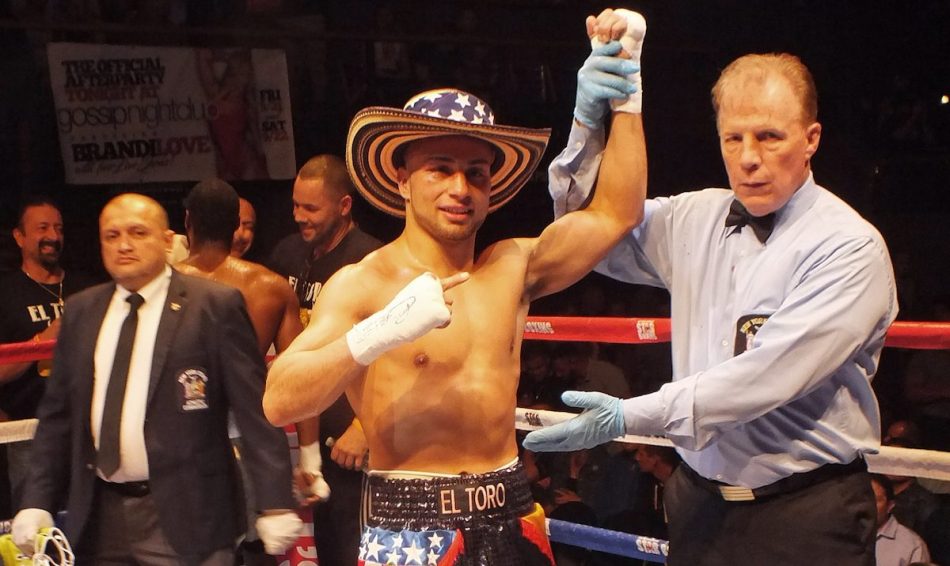 Vargas showed that he can punch as well as box as he dominated local opposition, picking up his second career knockout. Vargas has been matched hard since turning professional, fighting 3 undefeated fighters in his first 7 fights in the paid ranks.

Vargas discussed his victory and plans for 2021. He said, “I want to thank Andre Rozier, Team Havoc, Ryan Rickey at OddSox Promotions, and my father of course for keeping me active during the pandemic and helping me get another victory and a knockout one.

“I was glad to get the stoppage. I’ve been matched hard since I turned professional and that has reflected somewhat in my low KO percentage. I have fought good quality opposition as early as my fourth fight. I know I can punch and I can box, and hopefully, I get more opportunities to showcase that in 2021.

“I’m confident my team can carry on producing opportunities for me and I would like to stay active and fight whoever they put in front of me. I would love to get a title fight inside the coming months, but I’m grateful to be active for the time being.”

Standout amateur Melissa Oddessa Parker won her highly anticipated professional debut, putting her opponent down heavily as she cruised to a unanimous decision victory. The former servicewoman in the US Marine Corps discusses her professional debut victory.

Parker said, “I haven’t fought in over four years so I’m glad I was able to come out for my pro debut as my first fight back and get the job done. I showed everyone I’m back and that I’ve still got it. I will only continue to sharpen up and improve as a pro.

Right now I’d like to focus on dropping down to super bantamweight, fighting in six and eight rounders since I have four round experience with over a hundred fights in the amateurs. Hopefully, this helps set me on the fast track towards a ten rounder and title fights.

I’m extremely fortunate to have a solid team with Trainer and Manager Andre Rozier, trainer Gary Stark, as well as Ryan Rickey and the rest of the team who have become part of this journey and making it all happen.”

0 comments on “TEAM HAVOC’S ALEX VARGAS AND MELISSA PARKER WIN IN FLORIDA AS THEY EYE UP BIG CHALLENGES IN THE NEW YEAR!”