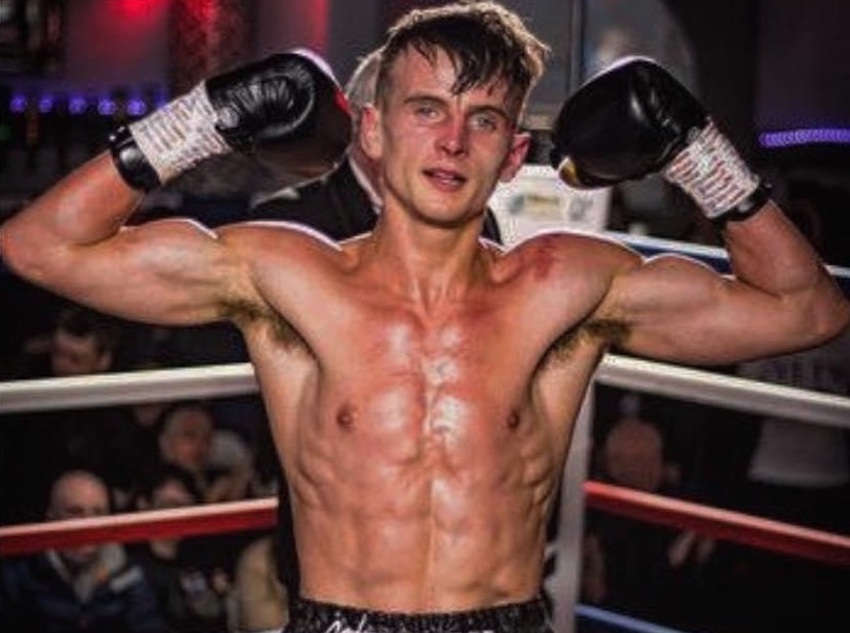 Undefeated super-lightweight talent Jonathan Walsh (4-0, 1KOs) provided an update on his career after the longest time out of the ring so far during his brief pro career.

A Haringey Box Cup champion as an amateur, 25-year-old Jonathan raced to 4-0 within his first year in the paid ranks between March 2019 and February 2020.

In his last assignment on February 28 at the Grand Central Hall in Liverpool, he was given a stern test against England amateur representative Chris Adaway (10-68-4, 1KOs), known for upsetting home fighters, and Walsh was made to dig deep to win a tight 39-38 points score on the cards.

The Liverpudlian was hoping to push on in his career towards further tests and higher levels, but COVID-19 brought everything to a grinding halt worldwide.

On news of his next fight, he reluctantly admitted, “Haven’t heard nothing, unfortunately. But I’m still in the gym three days a week, just ticking over.

“Everyone is still in there – Brad, Nick and Andrew – all waiting for a fight date as well.”

Despite the unexpected and extended hiatus, ‘Jof’ is continuing his apprenticeship by concentrating on other areas of his game, whilst remaining fight-fit, ready for any call ups should they come unexpectedly.

“At the minute, I’m focusing on strength work, just getting stronger, and my cardio too. I’m always fairly fit anyway, but if a fight comes up in a couple of weeks then I’m not far away.”

Closing in on an eight months break, he frustratingly explained, “It’s the longest gap I’ve ever had, so it’s a bit strange but everyone else is in the same boat, so just got to get on with it. As long as I’m in the gym, I’m happy.”

Liverpool has just been placed under the highest of alert levels in the new three-tier system and, consequently, social mixing is banned, and gyms, pubs and bars are closed.

The latest setback has been difficult for the city of Liverpool to accept, according to Walsh, “All the gyms are all shut, but Lancashire is literally two minutes away and all the gyms are open there, so you don’t understand why we’re in lockdown.”

So Walsh is drawing inspiration daily from his trainer Stevenson, who has always instilled a strong mindset and positive attitude within his fighters.

“Mental strength is the way Paul’s always taught us anyway, he’s given us strong mindsets, so regardless of lockdown happening or not, we were all mentally strong anyway.

“In boxing, nothing is promised. We’ll be boxing again soon, it’s just a matter of when. Paul always expects us to be mentally strong, so we’ve got to play our part.

One member of the group is fortunate to be fighting this month, and that’s Carly Skelly, who is trained by Sid Sidankey in North Mersey ABC, but managed by Stevenson.

The mother of two and full-time pediatric nurse often comes to Walsh’s club for sparring before fights.

‘Jof’’ praised the female fighter, “She’s dangerous, she’s not scared! Proper game, always comes to the gym to have a tear-up. I’m a bit heavy for her so we don’t spar, but she gets stuck in with the other lads in the gym.”

Walsh added in support of Skelly, “I haven’t seen much of the other girl, but Carly, you can never write her off because she trains hard, so don’t see why she can’t do it.”