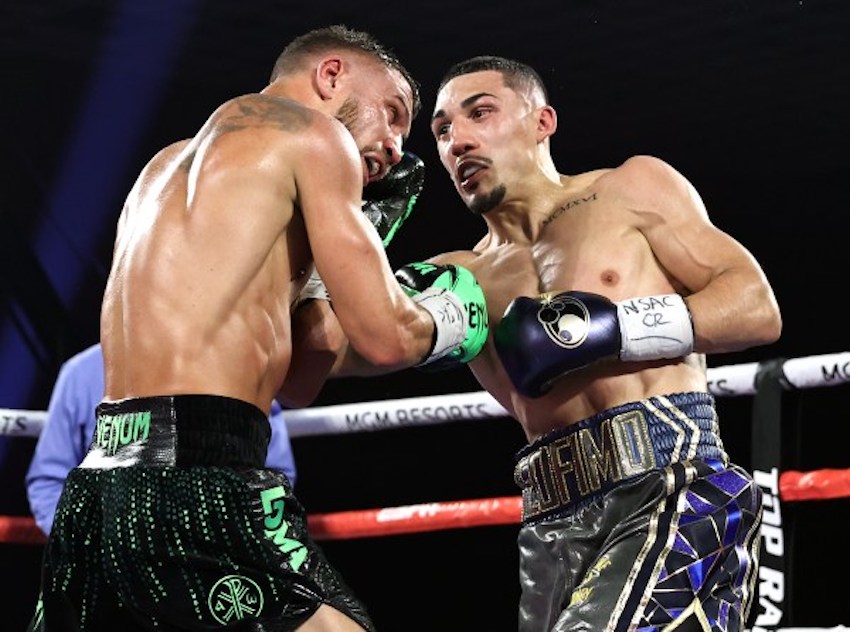 WBA, WBO, IBF and WBC king Teofimo Lopez (16-0, 12 KOs) become the sports youngest 4-belt world champion last night by decisioning Vasyl Lomachenko (14-2, 10 KOs) over twelve rounds on Saturday night in ”The Bubble” at the MGM Grand in Las Vegas. Lopez like he promised was able to back ‘Loma’ up to rack up rounds on the judges scorecards throughout the first half of the fight whilst Lomachenko was unable to turn the deficit in his favour down the stretch. Scores were 116-112, 117-111 and a rather outrageous 119-109.

“I had to dig deep, man. I’m thankful. I’m grateful. And each and every day, I take that in. I thank God first because I couldn’t do it without him,” said Lopez.

“I’m a fighter. I gotta dig in deep. I knew he was coming. I didn’t know if they had him up on the scorecards or not, and I love to fight. I can bang, too. I don’t care, man. I’ll take one to give one. That’s what a true champion does. I find a way to win.”

“You just gotta keep pressuring him, press the gas, stick the jab and don’t really give him that opportunity to set up. Every time he did want to throw, I had something ready for him.”

“Man take me to 140. Or I could fight the two-time email world champion Devin Haney if they want that!”

0 comments on “THE TAKEOVER IS REAL | LOPEZ DECISIONS LOMACHENKO!”