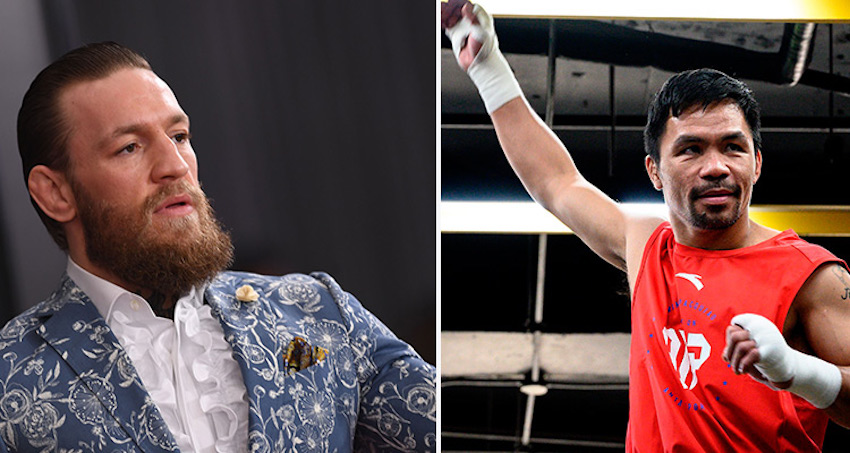 UFC Superstar Conor McGregor is looking to dip his toe back into boxing waters, taking to social media outlet Twitter to outline plans to face one of the sports greats, Manny Pacquiao.

Following on from boxing most lucrative fight in his defeat at the hands of Floyd Mayweather, McGregor says “An aspiration of mine now is to win a boxing world title. I think that would be a phenomenal feather in the cap and something I look to achieve in the future. And something I will achieve.”

An aide of Pacquiao’s confirmed the plans, saying “For the sake of all the Filipino Covid-19 victims, Senator Manny Pacquiao will be fighting UFC superstar Conor McGregor next year,” Pacquiao’s special assistant Jayke Joson said, adding negotiations are ongoing.

“Our lawyers are finalising all the confidential details, but both fighters are getting ready for this one epic last boxing fight,” Joson added in a statement to The Inquirer.

0 comments on “McGREGOR VS. PACQUIAO CONFIRMED”