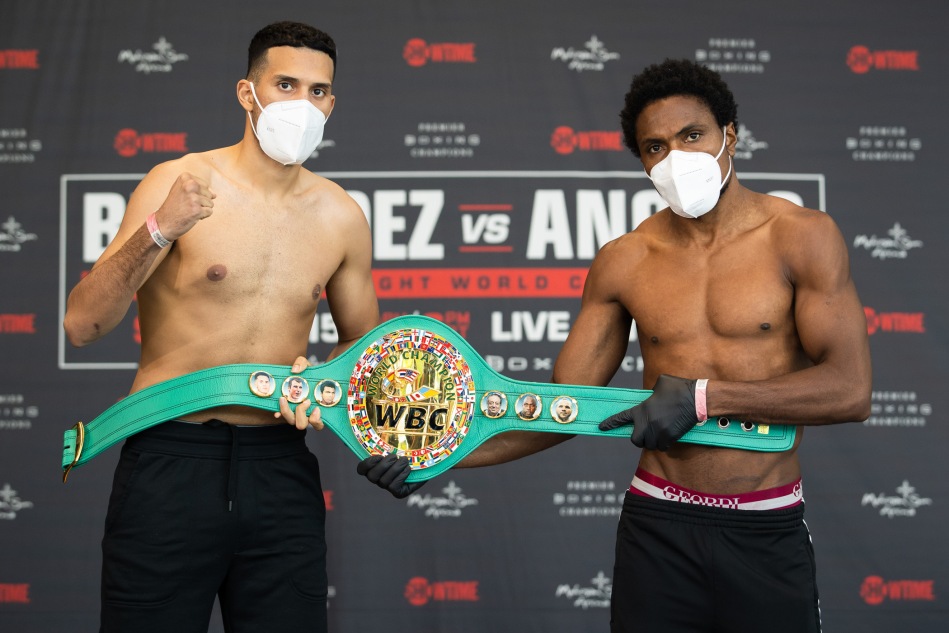 WBC Super Middleweight World Champion David Benavidez missed weight today at the official weigh-in for Saturday’s SHOWTIME CHAMPIONSHIP BOXING tripleheader, losing his world title belt on the scale. Benavidez will face world title challenger Alexis Angulo in the main event as planned. Angulo can earn the WBC 168-pound title with a win. All other fighters on the card made weight.

David Benavidez on losing his world title on the scale:

“I’m very disappointed. This is obviously my first time missing weight. Just very disappointed to lose the title on the scale, but I’m still going to win the fight tomorrow. I put the blame on myself. It’s just the last three pounds wouldn’t come off. Maybe not having the proper things I needed like no sauna. I was only able to go to the gym an hour a day since I got here. It’s just a couple of different things, but I still have a job to do tomorrow. Maybe later the opportunity will present itself, but I still have a fight to win.

“I didn’t think this all the way through. Coming in I thought I would have access to more, but I didn’t. Maybe this is a message to all the other fighters who have a little bit of trouble with their weight. It’s going to be hard to make the weight if you already have trouble. If you need a couple extra things like the gym or the sauna, you better come into the bubble already on weight. Because it’s very hard.”

0 comments on “BENAVIDEZ LOSES TITLE ON SCALES, FIGHT STILL ON!”