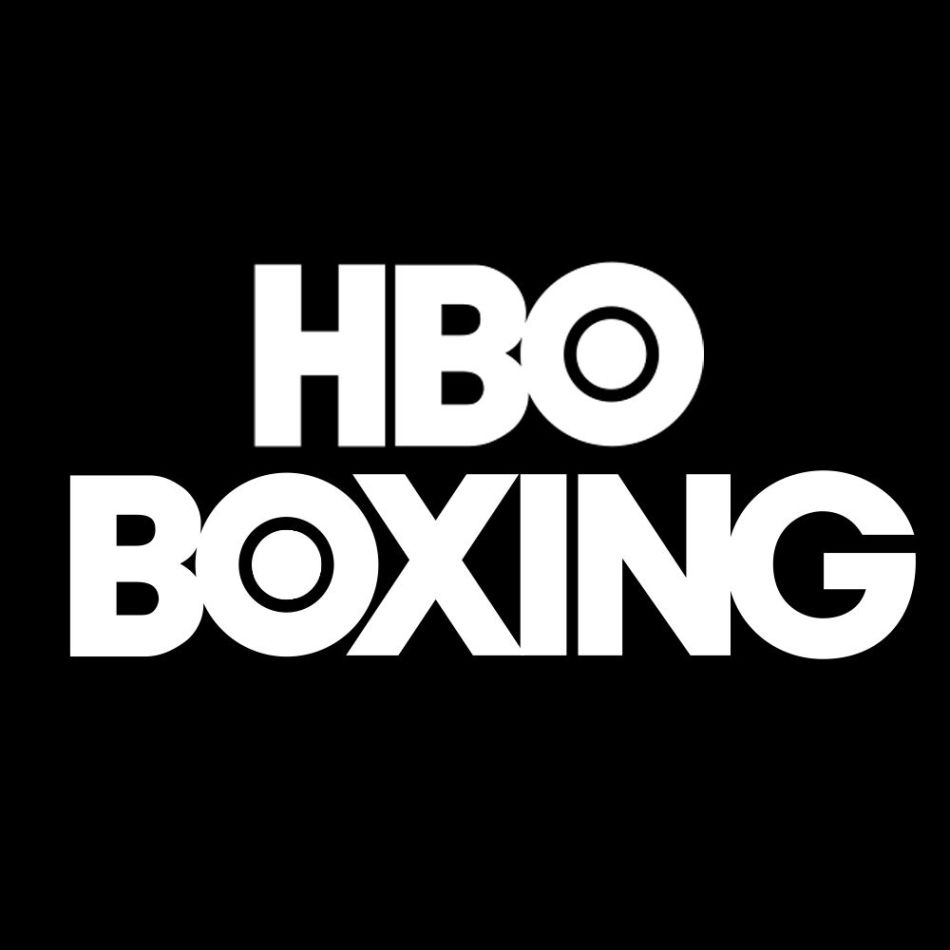 By Dean Berks – 15 February 1978: Leon Spinks had upset Muhammad Ali, taking a fifteen round split decision, to become the undisputed heavyweight champion of the world. In his possession where the titles of the WBA and WBC. Shortly after the fight though, the WBC stripped Spinks of their title when he chose to fight Ali in a rematch instead of facing number one contender Ken Norton. Norton was awarded the title on the strength of his win over Jimmy Young in an eliminator. The world now had two heavyweight champions. It would be another nine years before there was just one again.

By the time promoter Don King approached the head of HBO sports, Seth Abrams, in 1985 regarding a fight between Pinklon Thomas and Trevor Berbick, a further governing body, the IBF, had joined the party. Now three men held claim to boxing’s premier title. A $20 million deal was put together involving the belt holders and their number one contenders to finally establish one unified champion. The tournament was announced on 17 January 1986 at the press conference for the fight between WBA titleist Tony Tubbs and former WBC champion Tim Witherspoon. The winner would join the remaining fighters.

An up and coming young heavyweight named Mike Tyson was capturing headlines and creating an unprecedented amount of excitement. If he got past former WBC cruiserweight champion Alfonso Ratcliff, he would fight the winner of Thomas vs Berbick, and his inclusion in the tournament would create the interest that had been anticipated beforehand.

Witherspoon lulled his way to a majority fifteen round decision over Tubbs to become a two-time champion and secure his spot. It was the last bout before things officially began.

On 22 March 1986 the tournament kicked off with it’s first upset. Thomas (26-0-1, 21 KO’s) was highly rated, possessing a potent left hand and smooth skills. Berbick (30-4-1, 23 KO’s) was crude in his approach but was tough, having taken then WBC champion Larry Holmes the full fifteen rounds before losing on points. A similar result was expected here. But Thomas was off of his game. Berbick took the battle to the inside, using his strength and marauding approach to negate Thomas movement. After twelve rounds the strategy was a successful one as Berbick took a unanimous decision and Thomas title to advance to a possible meeting with Mike Tyson.

This rematch of one of the biggest shocks in heavyweight history was highly anticipated. Spinks (28-0, 19 KO’s) had created history the previous September when he became the first light-heavyweight champion to win the heavyweight title with a unanimous decision over Holmes. To rub salt in the wound he also snapped his unbeaten run just one short of equalizing Rocky Marciano’s 49-0 record. Holmes (48-1, 34 KO’s) was seething with the decision, lashing out with the now infamous “Marciano couldn’t carry my jock strap” comment. He vowed that he would regain his place as boxing’s premier big man. The Hilton in Las Vegas held the fight on 19 April 1986. The 35 year old Holmes started faster this time time round, hurting Spinks with right hands throughout. Spinks movement and jerky style earned him the middle rounds as Holmes slowed down. The latter rounds were close but it appeared after fifteen rounds that Holmes had reclaimed his crown. The judges thought otherwise, scoring a debatable split-decision in favour of Spinks that sent Holmes in to retirement.

Witherspoon (24-2, 16 KO’s) was lined up to make his first defence at Wembley on 19 July 1986 against number one contender Frank Bruno (28-1, 27 KO’s). Bruno had starched former champion Gerrie Coetzee in one round to earn his shot. Witherspoon was already having legal problems with promoter Don King and turned up in less than impressive condition. Bruno however, arrived with his usual chiseled physique. It allowed many to assume the notion that Bruno would outlast the champion. That notion would prove to be misguided. Bruno started well, puffing up Witherspoon’s eye. But the champion was a seasoned campaigner and worked Bruno’s rippling torso, draining him of his energy as the rounds ticked by. By the eleventh, Bruno was looking the worst for wear. A big exchange of right hands saw Witherspoon land first, effectively knocking the fight out of Bruno. A follow up flurry ended with Bruno half-seated in a corner as the towel sailed in, rendering his defeat. Witherspoon then turned his attention to a rematch with former champ Tubbs.

Spinks (29-0, 19 KO’s) was now faced with European champion Steffen Tangstad (24-1-2, 14 KO’s). On 6 September 1986 in Vegas, Spinks did the expected, dropping the outgunned challenger three times before registering a fourth round TKO. He was now scheduled to face mandatory challenger Tony Tucker. But things were not going to be as smooth as planned.

Tyson (27-0, 25 KO’s) had blown away Alfonso Ratcliff in two rounds to rubber stamp his entry in to the tournament and make no mistake, he was viewed as the star attraction. Berbick (31-4-1, 23 KO’s) had tried to score a psychological advantage over the 20 year old challenger when he decided to wear all black. Tyson however, took it all in his stride, paid his fine for wearing his traditional black trunks, and fully focused on becoming the youngest heavyweight champion in history. On 22 November 1986 at the The Hilton hotel, Las Vegas, history was created. Berbick attempted to “out-man” Tyson, but “Iron Mike” displayed a poise beyond his years, working Berbick over. A powerful combination sent Berbick staggering to end round one. Tyson exploded at the start of the second, a right hook blasting Berbick to the canvas. Berbick jumped up, nodding vigorously to referee Mills Lane that he was okay. Tyson continued breaking Berbick down. Up close he missed with a huge right uppercut before a short left hook to the temple scrambled Berbick’s senses as he fell backwards like a drunk at a party. With a goofy expression, he twice tried to drag himself to his feet, finally succeeding before he was saved from any further punishment. A new champion and boxing superstar was born.

Another upset in the tournament. Witherspoon (25-2, 17 KO’s) was originally scheduled to face Tubbs in a rematch but the former champion withdrew with an injury. Smith (18-5, 13 KO’s) stepped in to face his previous conqueror at late notice and was expected to suffer another defeat. But Witherspoon was having further problems with Don King and his son Carl regarding money and was showing signs of distraction. On 12 December 1986 at Madison Square Garden, Witherspoon looked like he wanted to be anywhere else but there. Smith jumped on him from the start, pummeling him at every opportunity. Clubbing right hands sent Witherspoon in to the ropes less than a minute in to the contest. Shortly after, a right left hook combo sent him down for the first time in his career. More stunned than hurt he pulled himself up but was sent down again from a follow up combination. Again rising, Witherspoon was clear headed but was being overwhelmed by Smith’s all-out attack. Another right sent Witherspoon to his knees for the third time as the referee waved things off. A new champion had entered the arena and fans were left expecting an explosive unification. Hindsight is a funny thing.

Two big punchers, two explosive title wins, guaranteed fireworks? In most cases yes. In this instance, one of the worst unification “fights” in history. Fans were expecting a heavyweight version of Hagler/Hearns. Instead they were treated to a twelve round huggathon. The Hilton, Las Vegas, was the venue on 7 March 1987. Tyson (28-0, 26 KO’s) was favourite to add the WBA title, but Smith (19-5, 14 KO’s) was expected to test the durability of the young champion. Instead he spent the best part of twelve rounds holding on to Tyson like he was a long, lost brother. Tyson cajoled and tried to make Smith fight but he was having none of it. Not until the final seconds of the last round when he decided to let his hands go, wobbling Tyson with a hard right hand. The boxing world left to ponder what would have happened if Smith had let his hands go from the start. Alas, Tyson took a unanimous decision and left the ring the unified WBC & WBA heavyweight champion. Next stop Michael Spinks. Or so we thought.

Spinks was stripped of the IBF title after failing to agree terms to fight number one contender Tony Tucker. He instead signed to meet Gerry Cooney and Tucker was ordered to face number two rated James “Buster” Douglas to fill the void. It was a huge blow to the tournament as a potential meeting between Spinks and Tyson would have been a box office blockbuster. Tyson was now a clear favourite to emerge as the victor. It became just a matter of how.

This was set as a co-main event, the other half being Tyson defending his titles against Pinklon Thomas. Tucker (33-0, 28 KO’s, 1 NC) was to have represented the USA at the 1980 Olympics before they boycotted the games. Athletic with solid power, he had been matched steadily and this fight was his first real foray in to world class. Douglas (23-3-1, 15 KO’s, 1 NC) had ability but appeared to lack the discipline needed to bridge that extra gap. His jab was a fast, powerful punch, but was somewhat underused when he was not in the mood. Once again at The Hilton on 30 May 1987, they were up first. Tucker started tentatively as Douglas more relaxed approach banked the early rounds. Tucker started to claw his way in to the fight but his tension was obvious to all. In round ten though, Douglas fell apart. Fatigue, physically and mentally, hit him and Tucker opened up, driving right hands in to Douglas as he sagged against the ropes. The fight was waved off awarding him the IBF title. Tyson more than lived up to his end of the deal, almost decapitating Thomas with a brutal sixth round knockout. Now just one fight was left to crown an undisputed champion.

Sixteen months after the first fight started things off, boxing was now on the verge of finally having only one heavyweight champion. The Hilton once again held court on 1 August 1987 and Tyson (30-0, 27 KO’s) entered as favourite. Tucker (34-0, 29 KO’s, 1 NC) started confidently, lifting Tyson clear off of his feet with a sharp left uppercut. For the first three rounds he gave Tyson one of his toughest fights, but gradually Tyson found his rhythm. Tucker exhibited a solid jaw taking some hefty shots, but after twelve rounds his brief reign was over. Tyson cruised to a unanimous decision victory, becoming the first man in history to hold all three titles.

A cheesy coronation was arranged after by Don King with Tyson donning a crown. He would meet Spinks in June 1988 in the then richest fight in history, but the expected two-way encounter never came close when he blew Spinks away in just 91 seconds to become lineal champion. The titles remained together through three changes until Riddick Bowe split them again in 1992. They would remain that way until 1999.

The tournament was a complete success and launched one of the biggest and most intriguing stars in all of sports entertainment. Admittedly, it was made easier by the control Don King had over most of the fighters involved. But to unify the titles in such a short time was impressive and what all of boxing needed. Today’s promoters and heavyweight champions should take note.

0 comments on “LOOKING BACK AT HBO’S HEAVYWEIGHT UNIFICATION SERIES”