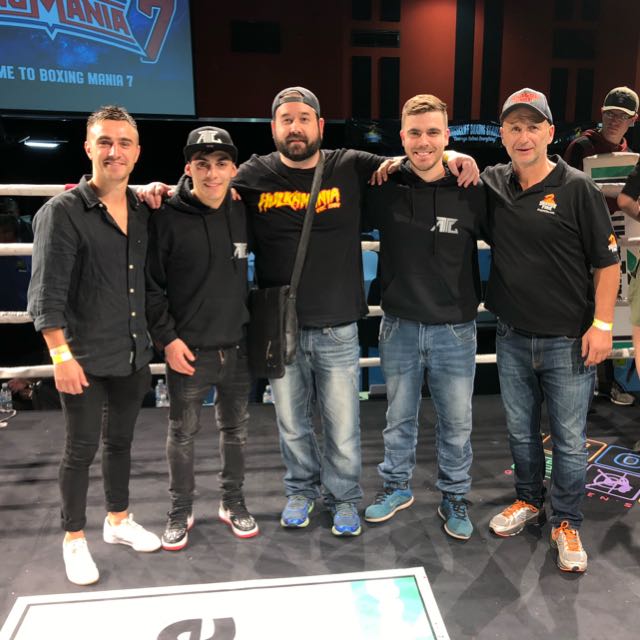 Dragon Fire Boxing are delighted to announce their expansion into the South American market with the launch of their new Dragon Fire Latino brand.

Dragon Fire Boxing has been headed up by Tony Tolj for decades, with Tolj being the driving force behind world champions such as WBA Champion of the decade Chris “The Dragon” John, “The Green Machine” Danny Green, Andrew “The Monster” Moloney among other top talents.

Tolj and Dragon Fire have always been experts in uncovering talent throughout the globe of all shapes and sizes and now have taken their quest to uncover talent to a new level with the creation of Dragon Fire Latino, with its maiden show happening this coming weekend in Santiago de Chile, Chile.

Dragon Fire chief Tony Tolj opened up about the motivation behind the creation of Dragon Fire Latino.

Tolj said, “We went over to Chile with Andrew Moloney when he was fighting in a world title eliminator against Miguel Gonzalez and I saw how much talent was in Chile that wasn’t being developed to the fullest potential possibly. I think the South American promoter does a great job but I wanted to add our spin on things so I decided alongside the Dragon Fire Boxing team to create Dragon Fire Latino.

“We signed Andres Campos and brought him over to work with the Moloney twins, Billel Dib and Bruno Tarimo and we were really impressed with his work ethic and his skill set. He made the team think about maybe looking to bring additional South American fighters on board so we proceeded to do that an put a show together which will take place this weekend.”

We have partnered with Chilean Nico “Maverick” Martinez, he will be hands on is based in Chile but is a licensed pilot so he is literally all over the world. When we were in Chile he really took care of us and we shared so many common visions about building opportunities in Chile and South America, it really is an honour and joy to work with such like minded people as my friend “Maverick” and our ever expanding team.

Nico Martinez opened up about Dragon Fire Boxing Latino “For me is an absolute honor to be partners with Tony Tolj, he is well respected man in boxing and within the time that I have known him he has given us all so much opportunities and the amount of boxing knowledge he has is unbelievable. I am very excited about our future together and Chilean boxing im sure will have a Golden era”

The Australian based Tolj opened up in saying, “I’m very excited about this coming Saturday and the future of Dragon Fire Latino. Ramon Mascarena Jr is a quality Chilean talent who hasn’t had an easy start to his career and I believe this has given him the foundations to go all the way to the top.

“Raynel Menderos is from Cuba and in my opinion is going to be a massive world standout in the future. He’s 3-0 but has an unbelievable pedigree, and still in his early 20s which will serve him well in his career.

“I’ve spoken highly of Andres Campos on multiple occasions but he’s a class act and is being moved quickly as a professional as he’s a top talent. I’m really excited for him to continue to win titles this Saturday night and begin a very exciting future for Dragon Fire Latino.”