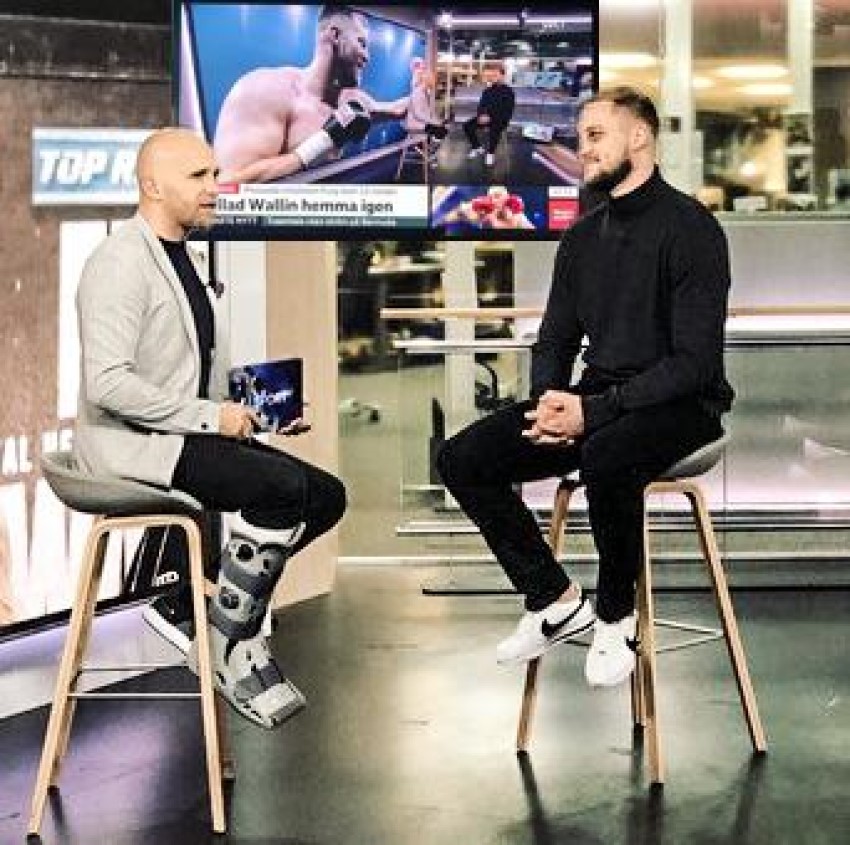 Basking in the glory earned by his epic stand against lineal heavyweight champion Tyson Fury at the T-Mobile Arena in Las Vegas last Saturday, September 14, Wallin was greeted at Stockholm airport by countrymen eager to celebrate with their newest sports star and then whisked off for a national media tour.

“It felt great to have such a welcome at home in Sweden,” said a proud Wallin. “The media and the people are really backing me more and more and that’s awesome. Boxing in Sweden needs all the attention it can get and it feels good to be part of helping boxing at home and to be a role model for the kids.”

Though Wallin was ultimately deemed to have lost on the scorecards after 12 tough rounds, the respect he earned from Fury and boxing fans worldwide has instantly taken him to recognizable status on the heavyweight boxing landscape.

“Otto had an outstanding fight against Tyson Fury and a well-deserved hero’s welcome in his homeland,” said his promoter, Dmitriy Salita. “Although he didn’t get to take home the belt, it feels like he did to his fans in Sweden. As he said after the fight, it was a great learning experience and he’s definitely proven to himself and the boxing world that he is a big part of the heavyweight division. The sky is the limit for Otto and I am very happy that he has achieved celebrity athlete status in the US and back home in Sweden.”

Wallin is scheduled for additional Swedish media appearances today and the rest of the week.