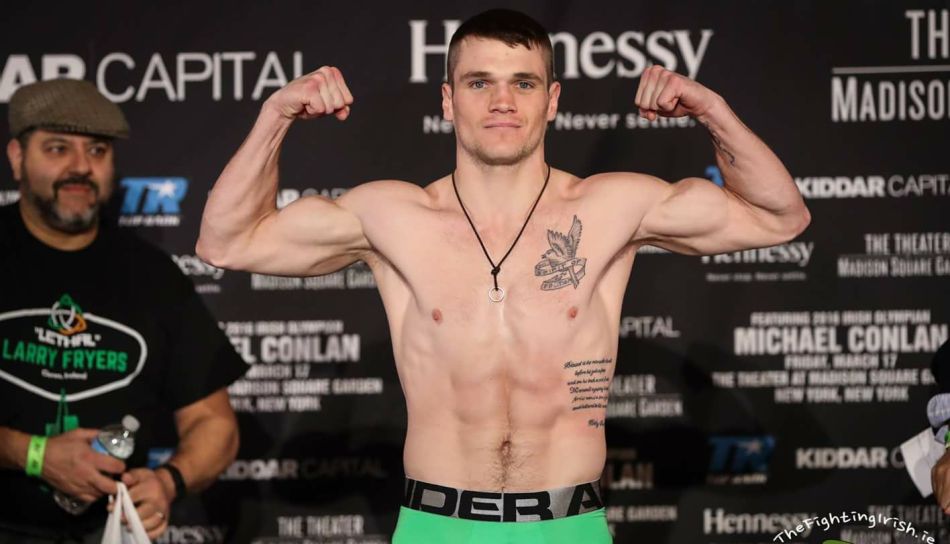 New York-based Irishman Larry Fryers has a tough assignment ahead of him on the undercard of women’s megafight between Amanda Serrano and Heather Hardy against Wesley Ferrer in a fight that could arguably steal the show.

Fryers and Ferrer have almost identical records but very contrasting styles, with both men believing that their style is the antidote for the other. Fryers discussed the challenge of Ferrer and his preparation ahead of the September clash.

The Irishman stated, “Firstly thank you to my management team for getting me this fight. As I’ve said before I always want hard fights and real tests as that’s what people pay their money for in boxing and this is a real test so I’m delighted about the opponent.

“Ryan O’Leary and the whole team up in New Rochelle are preparing me as hard as ever for this fight and I am aiming for a career-best performance on the night and put on an explosive show at the most famous venue in the world.”

Fryers will box on the undercard of Devin Haney’s world title final eliminator and the all New York clash between Amanda Serrano and Heather Hardy. The Irishman weighed in on fighting on such a massive show presented by Matchroom Boxing.

Fryers said, “It’s a massive show so to be a part of an event of this magnitude at the Mecca of Boxing is a dream in itself and I’m very grateful for that and I intend on putting on a performance to set the tone for the night.

‘I’ve boxed on big shows at MSG before so I won’t have the nerves he will have but I don’t think that will play too much of a factor. I know I’m going to be in the best condition of my life thanks to Ryan O’Leary as well as Dave Honig up in Long Island and Ferrer is in for a long night ahead of him.”