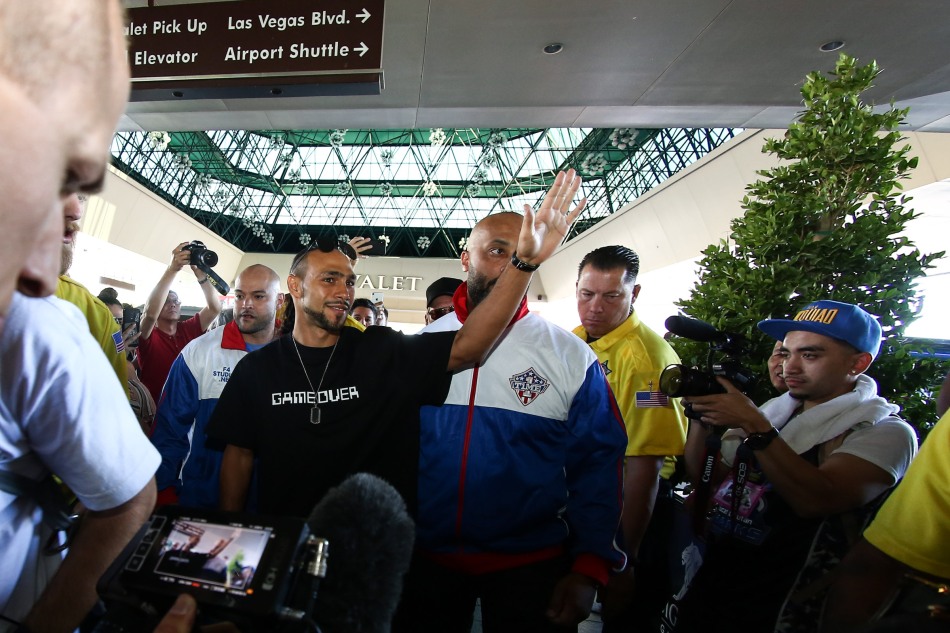 Plus, rising heavyweight sensation Efe Ajagba and unbeaten Ali Eren Demirezen made their arrivals ahead of their FOX PBC Fight Night co-main event that kicks off the broadcast on FOX and FOX Deportes at 7 p.m. ET/4 p.m. PT.

Here’s what Thurman, Pacquiao, Plant and Lee had to say on Tuesday to the fans that greeted them at MGM Grand:

“I consider this fight one of the most important of my career because I am 40 I want to prove something. My opponent is very good at talking but we’ll see what happens in the ring.

“Boxing is a science. You have to study. Not only when you have a scheduled fight, but you have to always be studying boxing. That’s allowed me to have the career that I have.

“It would mean a lot to be 40-years-old and beat someone undefeated. It shows that I can still fight against the best.”

“This does feel like making all my dreams come true. Whether it’s an Olympian striving for that gold medal, or if it’s a kid just trying to get an A on their report card, as human beings we challenge ourselves and we set goals. This goal has been in motion for 23 years.

“I’ve always wanted to be remembered in the sport of boxing. I want people to understand that when Keith Thurman is in the ring, he’s bringing some of the most exciting fights that can be made in the welterweight division.

“When it’s all over, I just want people to say, ‘you know what, I really did enjoy watching Keith ‘One Time’ Thurman.'”

“He can train as hard as he wants, he’s going to need more than that. He can do all the talking he needs but chins don’t have muscles. He’s either going to wave the flag or I’m going to wave it for him”.

“It feels amazing to be fighting on Pacquiao’s card. I’ve fought on quite a few of his, and he came to wish me luck so it feels great to be here on this stage with these opportunities here in front of me. This is as big as it gets here at MGM Grand. I can’t wait to show the world how hard I’ve trained for this fight.”