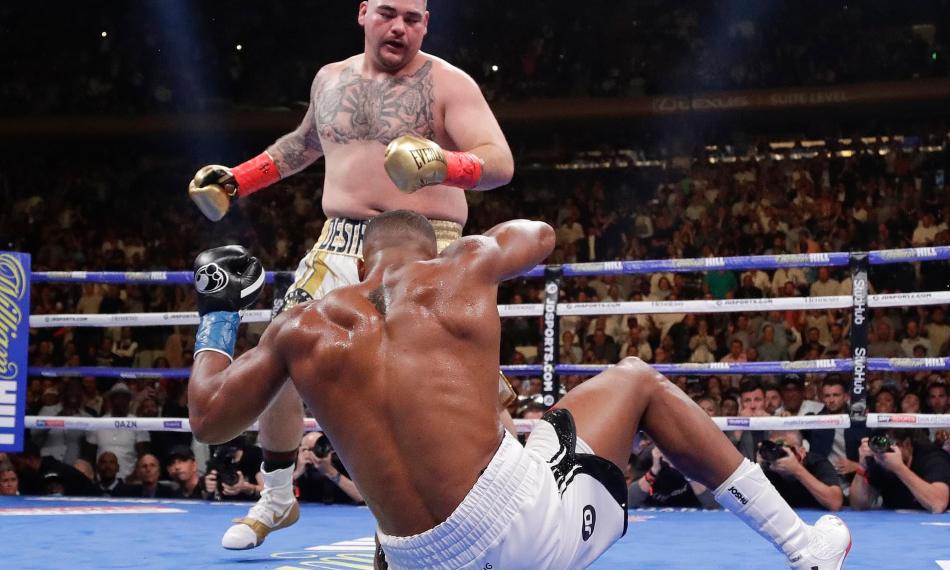 In one of the biggest upsets of recent times, Andy “The Destroyer” Ruiz Jr (33-1, 22 KOs) stopped WBA/IBF/WBO heavyweight champion Anthony Joshua (22-1, 21 KOs) in round seven at the historic Madison Square Garden in New York City.

The unfancied Ruiz became the first Mexican Heavyweight World Champion dropping the now former champion four times on route to the incredible feat in a true David and Goliath story.

Starting at a slow pace, each looking to measure the other, it was Joshua who drew first blood, dropping the challenger in the third, however, Ruiz’ Mexican heart came to the forefront as he exacted immediate revenge, dropping Joshua twice before the bell temporarily saved the champions blushes.

It was less hectic in the fourth, both men allowing for the round to clear their senses but it was a brief respite for Joshua who was dropped a further two times in the seventh round, prompting referee Michael Griffin to put a halt to the contest at 1:27, Crowing a new Heavyweight World Champion. Viva La Mexico

“That was my first time getting dropped on the floor. It just made me stronger,” Ruiz said. “It just made me want it more. I just had to knock him down back. [I took his power] because of the Mexican warrior I am. I have that Mexican blood in me. Talking about the Mexican fighting style, I just proved it.”

Joshua, Classy as ever told media afterwards “Heavyweight boxing, baby. Thank you to the people who came out this evening. That’s No. Heavyweight boxing is on fire. I just have to turn it around a few notches and bring it back my way. I don’t want people to drown in their sorrows. This will show I have the power and the strength. It just wasn’t my night. But listen, it is good for the TV. Good for DAZN and the people watching.”

Joshua has the contractual right to a rematch and said he wants it.

Matchroom Boxing promoter Eddie Hearn, who promotes Joshua, said the rematch would be held in the U.K.

“AJ got sloppy. It was a beautiful combination in the third round,” Hearn said. “He was in total control of the fight, but he got sloppy and never recovered. Listen, tonight was [Ruiz’s] night, but AJ will come back 100 percent and we will make the rematch in the U.K. in November or December.

“But this night now belongs to Andy Ruiz. He made history in the heavyweight division. It will go down in history as a very big one. AJ has the heart of a lion and will come back stronger. Now at least we know the opponent for the end of the year in the U.K. Absolutely we will enact the immediate rematch. He will be devastated when it sinks in. It makes the fall fight a must win.”