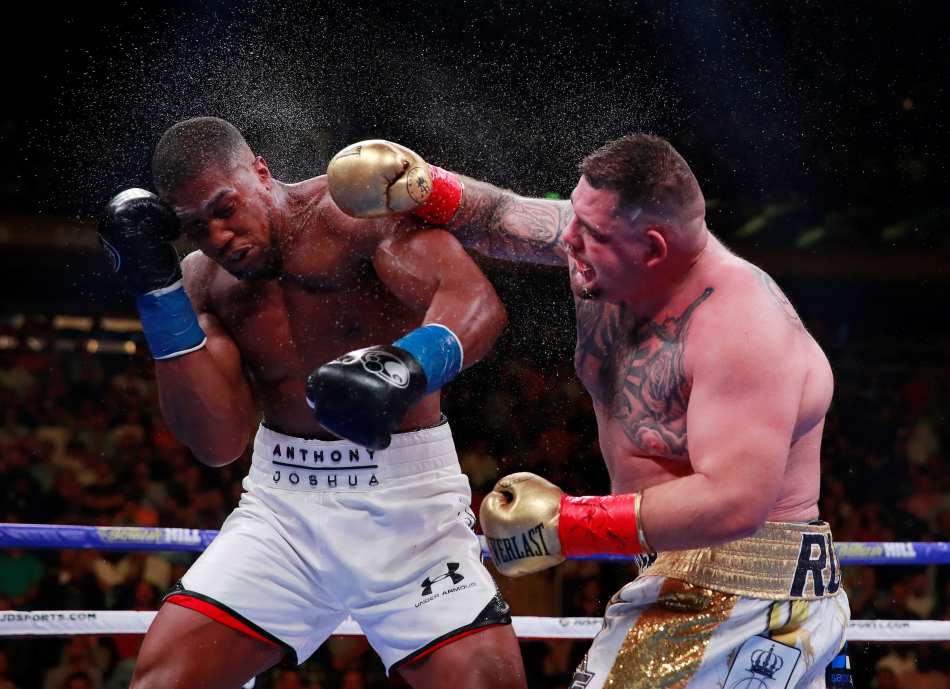 By Davy Trengove – I’ll hold my hands up, I fell into the trap of judging a book by it’s cover last night. I knew Ruiz was a good boxer but I thought he’d struggle with the strength and size of Joshua. He’s now laughing in the face of all that doubted him and I am in that category.

Here is a video of Andy Ruiz Jnr in training camp for the Alexander Dimitrenko fight and he moves like a man half his size.

Just because someone has a low body fat percentage, it doesn’t mean they’re physically fit and physical fitness isn’t always defined by body fat or looks.
Athletes at the highest level usually say that even that 1% difference in training camp can pay dividends and fine margins and adjustments make a difference.

Joshua looks pleasing on the eye but he was breathing heavily, very early in the fight and seemed to gas out.

I never foreseen the outcome of the fight before it happened and I sat watching the fight in awe of Andy Ruiz Jr and the way he easily dismantled Joshua. He climbed off the canvas and put it on him, roughed him up and beat the confidence out of him with a constant accumulation of punches basically making him give in. Joshua didn’t look himself but all credit must go to Ruiz.

Joshua couldn’t handle boxing off the back foot and he couldn’t cope with Ruiz’s offensive style. Apart from highlights, i’ve only watched Ruiz fighting twice against Parker and Joshua and I must say, I’m now a fan.

He took the fight at late notice, never outpriced himself and not only is he a multi organisation World champion but he now can call the shots as he’s holding all the cards. Good luck to him, he’s blown the plan for the Heavyweight division wide apart and won an army of fans in the process.

1 comment on “NEVER JUDGE A BOOK BY IT’S COVER”