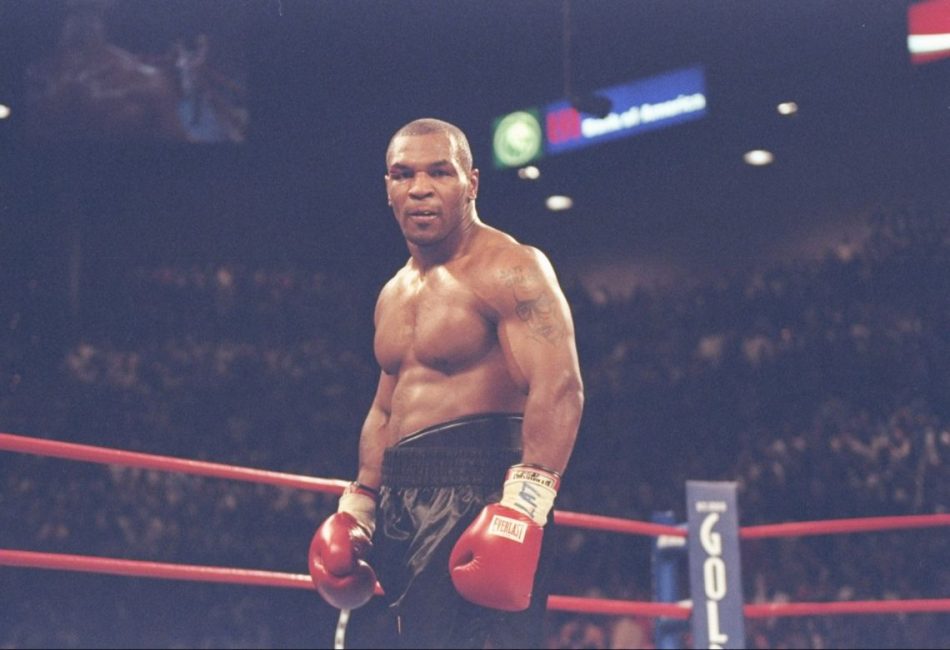 Heavyweight legend Iron Mike Tyson insists he doesnt know who would win a contest between himself and current Heavyweight king Anthony Joshua but showered the Londoner with pleasantries whilst interviewed on the Hotboxin’ Podcast.

“Hey, I really like him,” Tyson said “You know what he is? He’s really a breath of fresh air.

“You just wish the best for him.

Tyson in his prime was as destructive as any in the history of the sport, garnering the nickname of ‘Iron’ aswell as the ‘Baddest Man on the Planet’ for the ferocious manner in which he disposed of his opposition.

“I don’t know. My ego says, ‘nobody would beat you’ when pressed for an answer.

Anthony Joshua currently rules as the unified champion having taken three of the four major titles available, leaving a lasting impression on Tyson.

“But you look at him and…” Tyson paused before hilariously adding, “He just looks beautiful!

“He just looks like a fighter, you know? He looks like he was born to do what he has to do.

“He needs more experience of course, but that will come in life.”

0 comments on “MIKE TYSON GIVES HIS THOUGHTS ON AJ, THE OUTCOME OF A FANTASY FIGHT INVOLVING HIM AND JOSHUA.”