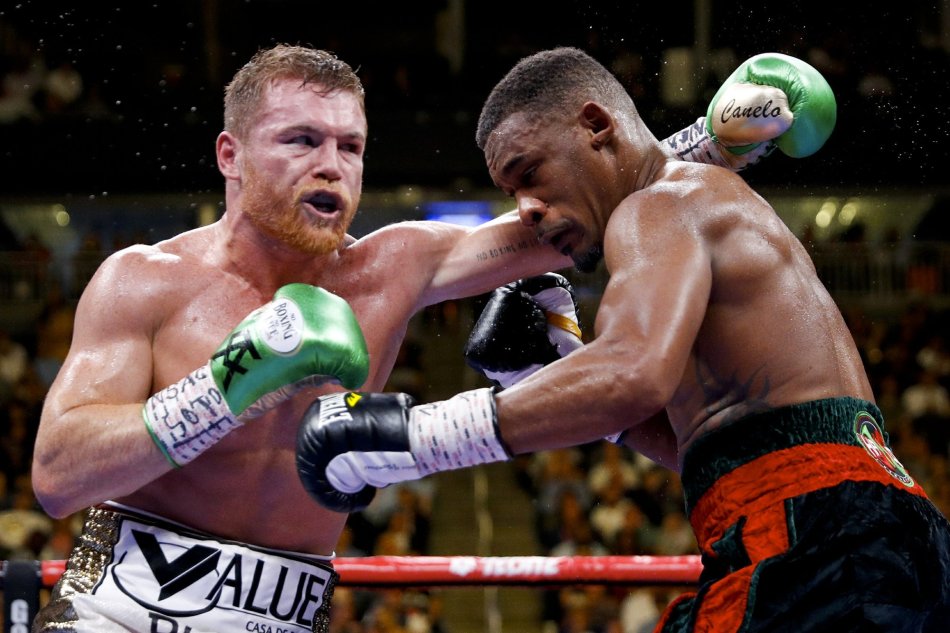 I got my answer on Saturday night, without question Saul ‘Canelo’ Alvarez is the best Middleweight in the world, proving the notion with victories over the consensus number two and three in Gennady Golovkin, however contentious it may have been before capping it all off on Saturday night in handing defeat to Daniel ‘Miracle Man’ Jacobs.

To see the transition is like night and day, from the version of a fighter who was soundly defeated by Floyd Mayweather back in 2013, to the one that has blossomed before our eyes, maturing into one of the most complete fighters in the world today where he joins the likes of Vasyl Lomachenko and Terence Crawford in an elite group of fighters currently propping up most peoples pound 4 pound listings.

Jacobs proved a to be a great example of this, giving a number of different looks throughout the twelve rounds shared with Canelo, regularly changing stances, firing off rapid combinations more so in the second half of the fight, whilst also testing the chin of Canelo in the ninth.

The Mexican adapted to each scenario with comfort, looking composed with each tactic thrown his way, employing a defence that in particular was the most pleasing aspect on the eye as he rolled shots, slipping others it was a sheer joy to watch and even on the rare occasion a shot found its mark such as in the aforementioned ninth, it just rolled off the granite chin of Canelo without him having to miss a beat.

I know from the previous four paragraphs that I come across as some sort of Canelo fanboy, honestly, that isnt my intention crediting myself on being impartial whenever reviewing fighters, but it is getting to the stage of becoming increasingly more difficult not to be impressed by the 28-Year old from Guadalajara.

I started this piece with a BIG statement in the coronation of Canelo being the best Middleweight in the world but its for good reason. the fact are there for all to see, he’s beaten boxing’s boogeyman in Gennady Golovkin, a fighter that is still in debate for his standing in the division possibly he should have been awarded vctory when the two initially met whilst some even edged in favour of GGG in the rematch but neither time he didnt defeat Canelo, missing his chance to do so you feel knowing that he’s not getting any younger nor do I believe will improve sufficiently enough under a new trainer to regain the placing he once held, as the old saying goes, you can’t teach an old dog new tricks.

Daniel Jacobs also is a man with a case to make, able to push both Golovkin and Canelo close, but unfortunately for him it was not meant to be, he will have woke up on Sunday morning possibly kicking himself of his tentative approach to Saturday’s fight where two rounds was the difference between the two men. I heard some people again call robbery which is absurd, sure I can see the collective thought in believing it was a close fight but it was far from being a robbery and the right man had his hand raised on this occasion and without the requirement of consuming Mexican Meat.

Eddie Hearn will try to make the case for WBA champion Demetrius Andrade, making the statement that he is a nightmare to look good against but to that argument you could make an example to both Erislandy Lara and Austin Trout that are just two that come to mind, both of which were apparently a stylistic quandary for the Cinnamon kid, both defeated, a fate which I feel would be handed to Andrade also.

Then there is Jermall Charlo who’s advisor Al Haymon is probably already in the process of blocking the numbers on his phone of Goldenboy Promotions and Oscar De La Hoya in particular. Charlo is a solid fighter, proven at the world stage but is one that I would expect to look at other slightly less dangerous propositions for his immediate future, or perhaps he may ask uncle Al to cash out?

So the Middleweight picture to me is looking very much Canelo shaped, there is a suggestion that he is ready to take another dip into the deep waters of the Super Middleweight division with Callum Smith one of the names which appeal most to him and his Oscar especially.

Any other fighter jumping up in weight to face not just a Super Middleweight but a BIG super middleweight like Callum Smith, I would be sceptical of his chances but to put it mildly Saul ‘Canelo’ Alvarez is that good I actually give him a great shot at unseating the WBC champion, Size is a great asset to have if used correctly, Jacobs came into the bout on Saturday night looking very big at the weight, he too will be looking to make the move north but size is only one factor and skill bridges the gap, skills which is aplenty in Canelo’s case.

Talk of Sergey Kovalev raised its head in the post-fight presser, Oscar De La Hoya sensing a chance to get the declining Russian on his way out but perhaps that’s pushing the envelope a little too much even at this stage of the Russian’s career.

Whatever the next move, I for one am eager, even more so since the weekend to see the Mexican’s next outing without trepidation that he will once again leave us mouth agape to the levels he competes at.

Thank you for checking out this week #MyTake segment, as we count down the days to another intruiging fight between WBA/IBF Super Middleweight champion Jarrett Hurd and challenger Julian Williams.

0 comments on “#MYTAKE | UNDENIABLE, CANELO IS THE KING OF THE MIDDLEWEIGHTS”