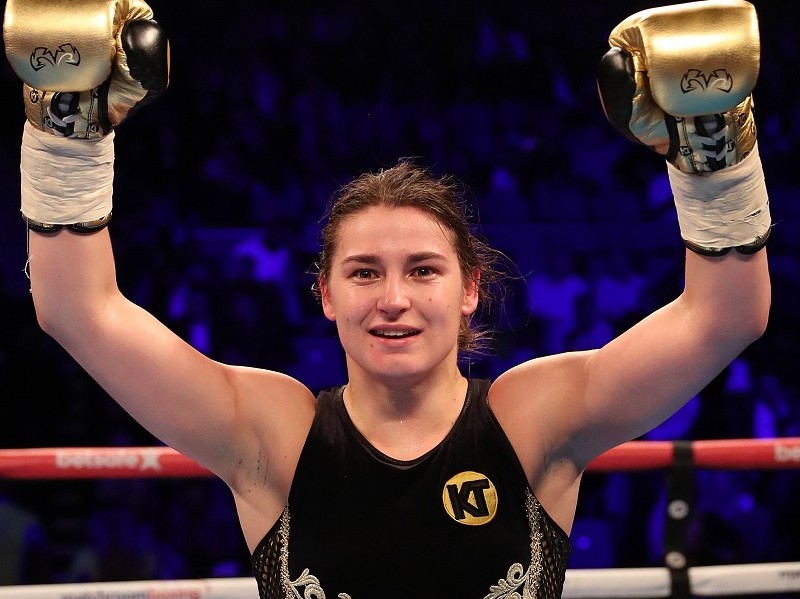 Irish sensation Katie Taylor is in line to face Delphine Persoon in a winner takes all undisputed unification fight on the undercard of Anthony Joshua’s heavyweight defence against Jarrell Miller on June 1.

Taylor who took out Rose Volante at the weekend in emphatic fashion went on to make history by becoming the first Irish fighter to hold three of the four major world titles after adding the WBO lightweight title to her WBA and IBF belts.

Persoon has her hands on the remaining WBC belt after extending her record to 43-1 to retain her strap with a stoppage win over Melissa St Vil on March 9.

Speaking on events the 32-year-old has been quoted as saying “I want to be an undisputed champion,” said Taylor. “I want to make history in the sport, leave behind a legacy and be known as the best of all time for years and years to come.

“I wake up every day so blessed and grateful to be able to do something that I love, even on those days that I am not in the mood to train, and I do have those days, we all do.

“The biggest challenge is to change people’s perception of the sport. There are still a lot of people that don’t agree with women’s boxing, but I think that is definitely changing and people are seeing the best of women’s boxing right now.

Matchroom promoter Eddie Hearn when asked whether he could deliver the unification clash for Taylor against the Belgium went onto say “I believe we can, we can,”

“June the 1st at Madison Square Garden on the Joshua card what better setting for the undisputed lightweight title. Katie has got the WBO, WBA and IBF. Persoon has the WBC, The Ring magazine which will also be on the line for that fight, it’s everything for Katie.

“It’s a tough fight, Persoon was an outstanding amateur, she’s got a tough style to beat, she can punch as well, but Katie has come through another test tonight and she’s just a dream to work with.

“An absolute dream, she goes back to that changing room and it’s just ‘when am I fighting next’ literally. I say ‘are you going back to Ireland now for a rest’ and she says ‘just for a few days and then I’m going straight back into camp’.

“That undisputed fight means everything to her and that fight is going to cement her legacy in the professional code.

“She will always be my favourite, we’ve got some amazing fighters on both sides of the pond but you can’t help but admire someone with that much dedication and passion for what they do. It’s absolutely everything to her, everything.”