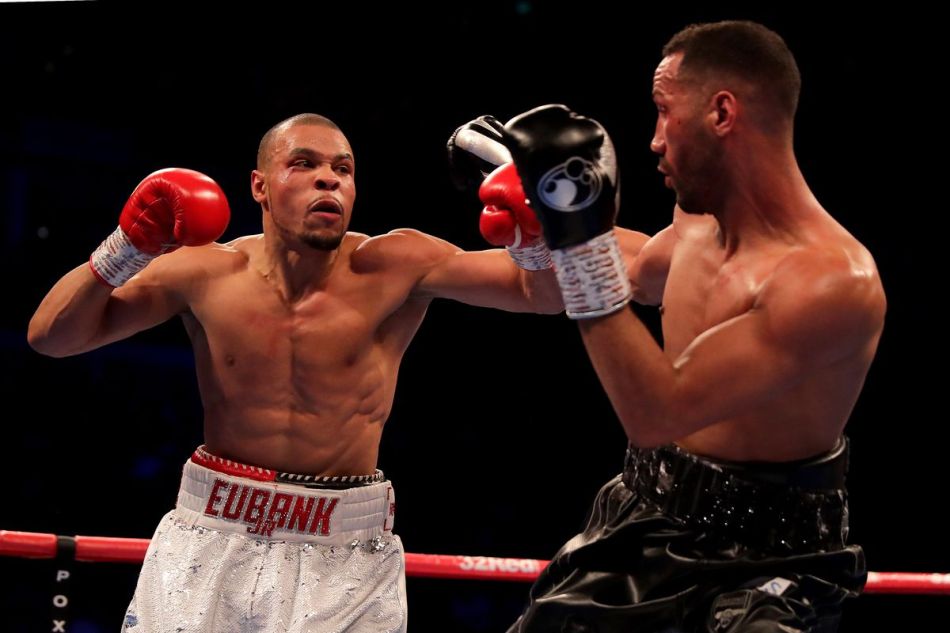 I stand corrected, James DeGale didn’t have the required amount needed on Saturday night, witnessing what may be his last walk to a boxing ring in a losing effort against the always brash Chris Eubank Jr for the IBO title.

Degale at this stage of his career was found wanting before fresher opposition, something I thought would happen a couple of fights later down the line, which may have been wishful thinking.

It wasn’t that Eubank was necessarily a better version than the one we have seen previously but that Degale was on par for the worst, a deterioration that mirrors the calls for him to put an end to his Gold Medal/two time world championship career.

A sentiment that I share based on this performance, he looked shot, gun shy and out of ideas on how to deal with Eubank Jr who to his credit was able to follow the game plan, pushed the pace which ultimately the former world champion was unable to match.

STIVERNE GETS RUN OVER BY THE JUGGERNAUT

Anyone who questions Deontay Wilder’s power need only take a look at the effects it has had on Bermane Stiverne, because the shots landed seems to have knocked every ounce of skill out of him. He turned up for Saturday’s bout splitting at the seams, looking overweight and disinterested so much so that it even looking like Joe Joyce had a bit of pace to him.

He didn’t but it deceived the eyes at times, in truth one was going in slow motion whilst the other looked like he was wading through treacle. In all fairness, Joyce may move as slow as a juggernaut but his power is relative to his nickname as he put away the former World champion in just six rounds, impressive even if it was against the teletubby version of Wilder

A bloody Introduction to the lightweight division was the order of the day for former IBF Featherweight king Lee Selby who came through twelve rounds with Omar Douglas looking like an extra from braveheart.

Initial white shorts were turned pink from an horrendous cut to the former champions left eye in the second round, hindering his vision for segments of the fight thereafter. He got back on track, landing his trademark counter shots against the oncoming Douglas who lost his third fight in his previous five encounters.

DIRRELL IS A CUT ABOVE YILDRIM

Controversy seems to surround the Dirrell brothers whenever involved in any fight of significance, both Anthony and his brother Andre seem to always come out on the right side of any decision rendered which was the case again this past weekend.

Anthony got the nod after a cut halted an otherwise engaging affair between himself and Avni Yildrim who for the duration gave fight fans two way action but which unfortunately had to come to an end in the tenth on the advice of the ringside physician, much to the annoyance of the Turkish challenger who lost out by a split decision of 98-92 for Yildirim, whilst the other two judges had it 96-94 to Dirrell, TopClassBoxing scored the contest a draw.

Dirrell has always stated his intention to retire this year giving the reason being that he wanted to step away from the ring with his health intact, although he did seem to warm to the possibility of unifying the division in a contest with either Caleb Plant or David Benavidez.

“Of course, unify. Caleb Plant, any of the other champions,” Dirrell said. “I’ll take some time, go home and talk to my camp, and we’ll go from there. If that fight [with Benavidez] calls, then I’ll fight. We got to see where the money’s at at the end of the day.”

Until next week, Thank you for reading #MyTake

0 comments on “MY TAKE | IS THIS THE END OF THE ROAD FOR DEGALE?”