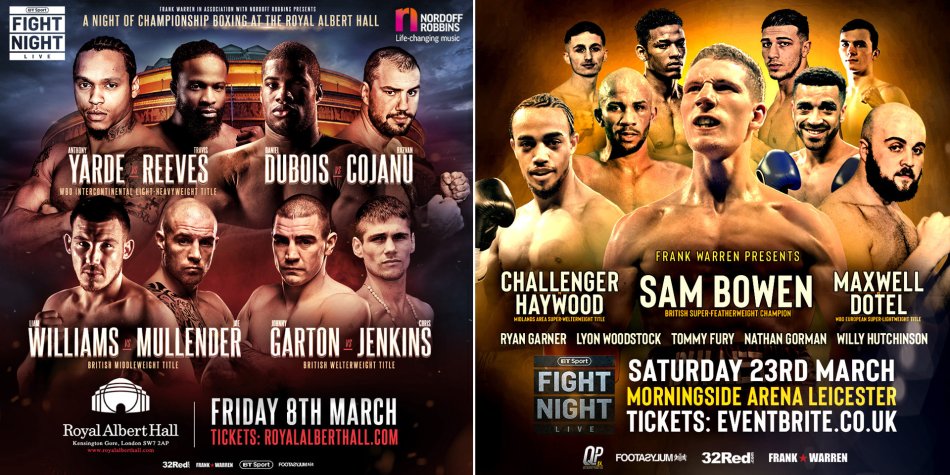 Due to multiple injuries resulting to a number of fight cancellations, Queensberry Promotions have taken the decision to reschedule our upcoming Morningside Leicester arena show for March 23rd.

Leicester’s British super featherweight and WBO Intercontinental champion Sam Bowen will be headlining the event against an opponent who will be announced at a later date.

Tickets already purchased for the event will still be valid for March 23rd. Tickets are available from £40 and are on sale NOW via Eventbrite.

Adams has unfortunately picked up an injury during her preparations for the contest, ruling the double Olympic champion out from fighting on March 8th.

The world title bout will be rescheduled to take place later in the year.

Tickets are priced from £40 and are available to buy via http://www.RoyalAlbertHall.com