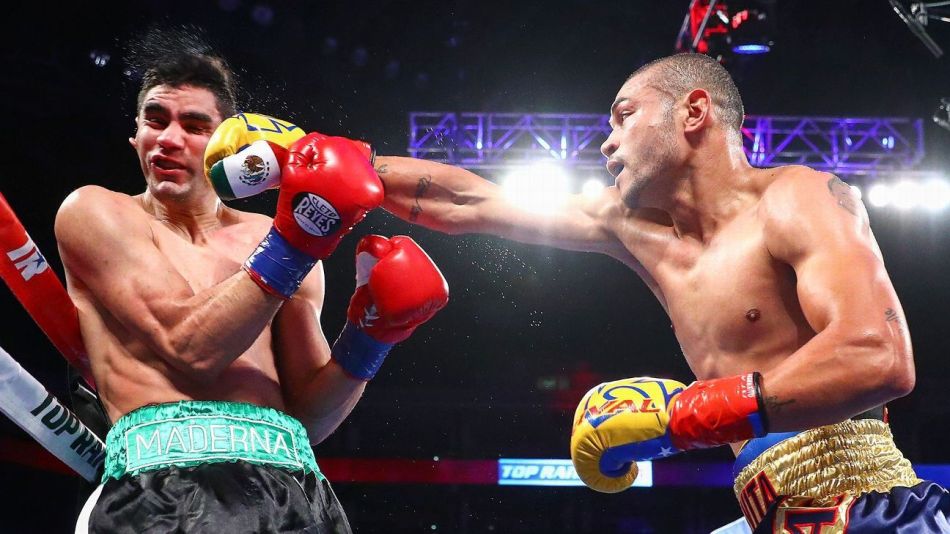 The first show of the 2019 season of PBC on FOX is promoted by TGB Promotions and Zanfer Promotions and tickets, starting at $50, are on sale now and can be purchased at AXS.com.

“This is an excellent card, featuring the kinds of bouts that are intriguing for boxing fans because it involves two young stars who are reaching up for challenges to determine whether they have what it takes to become world champions,” said Tom Brown of TGB Promotions. “Jose Uzcategui is going to push Caleb Plant to the limits and Plant will have to take the title away from Uzcategui if he wants it. Moises Flores feels like he definitely has something to prove coming off his last fight and Brandon Figueroa knows his road to a world title runs right through Flores. It’s also exciting to see the continued growth of the sensational prospect Joey Spencer. It’s going to be a special night of boxing on PBC on FS1 at Microsoft Theater at L.A. Live.”

“José Bolivita Uzcategui is the best super middleweight in the world and as always he will show his skills and elevate his game in the biggest stage,” said Fernando Beltran of Zanfer Promotions. “This is no exception. Plant is a good fighter but Bolivita is at his best and we are all thrilled to be able to do this fight on FOX Sports. So everyone tune in and enjoy the show.”

Uzgategui (28-2, 23 KOs) will be making his first defense of his IBF super middleweight championship with the match against Plant. The 27-year-old Uzgategui was born in El Vigia, Venezuela and now lives in Tijuana, Mexico. He earned the world title with a ninth round TKO victory over Andre Dirrell in their rematch in March. Uzcategui lost the first fight by disqualification in 2017. In his last match Uzcategui scored a unanimous decision over Ezequiel Osvaldo Maderna on Sept. 28.

“It is an honor to defend my IBF title for the first time on FOX Sports,” Uzcategui said. “About the only thing I can say about my fight is that I don’t respect Caleb Plant. He has talked too much and I will punish him, beat him up and then knock him out.”

The 26-year-old Plant (17-0, 10 KOs) is an undefeated top contender who moved into position to challenge for the title with an impressive unanimous decision victory over tough veteran Rogelio Medina on Feb. 17. Plant, who was born in Nashville, Tennessee and now lives in Las Vegas, has dedicated his career to his daughter, Alia, who was born with a medical condition that causes seizures. She died at 19 months old from a respiratory infection that developed into pneumonia.

The 21-year-old Figueroa (17-0, 12 KOs) will be facing the toughest challenge of his pro career when he takes on Flores. Figueroa fought three times and scored three knockouts in 2018 as he climbed the ladder in the super bantamweight and featherweight divisions. Figueroa of Weslaco, Texas is the younger brother of former lightweight world champion Omar Figueroa. In his last fight Figueroa scored an impressive TKO victory over Oscar Escandon on Sept. 30.

“This is definitely a step up for me. He’s 25-1 and he’s been in some tough fights, especially the championship fight against Daniel Roman,” Figueroa said. “I feel like I keep getting better with each fight, stronger and wiser in the ring. I want to show everyone that I’m the real deal and I’m ready for that world title. I believe that it’s coming soon and this is the kind of fight that I need to prove that I’m ready.”

Flores (25-1, 17 KOs) is looking to rebound from the first loss of his professional career after dropping a unanimous decision against Daniel Roman for the super bantamweight world title on June 16. The 32-year-old Flores of Guadalajara, Jalisco, Mexico had fought Guillermo Rigondeaux in 2017 in a match that was ruled a no contest before the bout against Roman.

“I’m looking forward to this fight,” Flores said. “I had only fought one round in two years coming into my last fight with Roman. And while I wasn’t happy with my performance, it was great to get 12 rounds in and I’ve been in the gym since that loss. So now I’m confident I will be at my best. Figueroa and I both throw a ton of punches. It’s gonna be an all out war.”