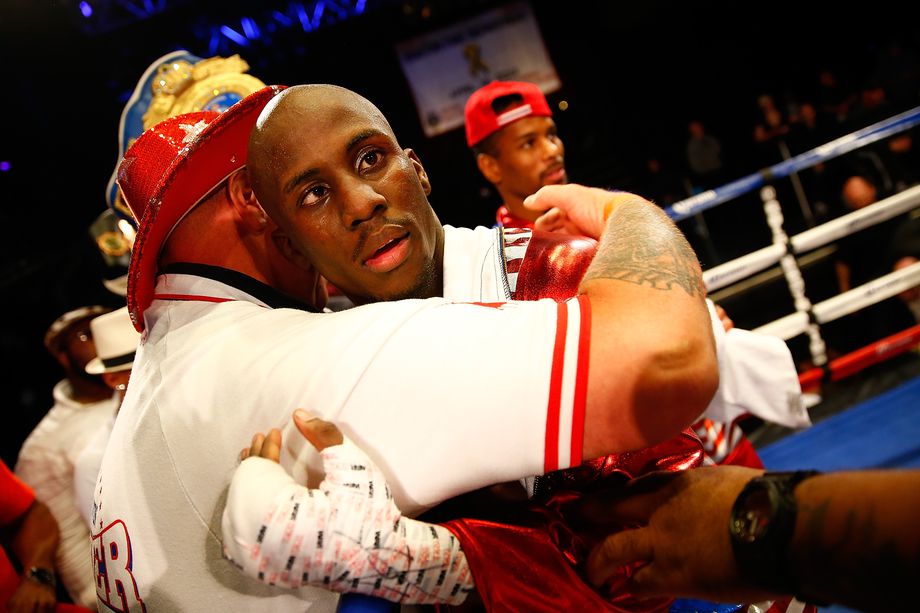 Tevin Farmer (26-4-1, 5 KOs) produced a dominant display on Friday night to send former champion Billy Dib (43-5, 24 KOs) into retirement on the back of a unanimous decision loss at the Technology Park in Sydney, Australia.

Farmer took control of the contest from the opening bell and never allowed Dib back in, dropping the hometown fighter in the ninth to make sure of the result that nearly resulted in a stoppage as Dib’s trainer Jeff Fenech stood waiting with the towel in hand to stop the contest.

Dib showed grit as he made it through the round but the judging mirrored the one-sided nature of the contest with scores of 118-109, 119-108, 120-107 to crown Farmer the IBF super featherweight champion.

“Dib is a helluva fighter,” Farmer said. “He tried to bully me, but I’m from Philadelphia, and we were ready for him. It’s been a long time getting here and a long time to go.”

0 comments on “FARMER SENDS DIB INTO RETIREMENT WITH A LOSS, CAPTURES IBF TITLE”