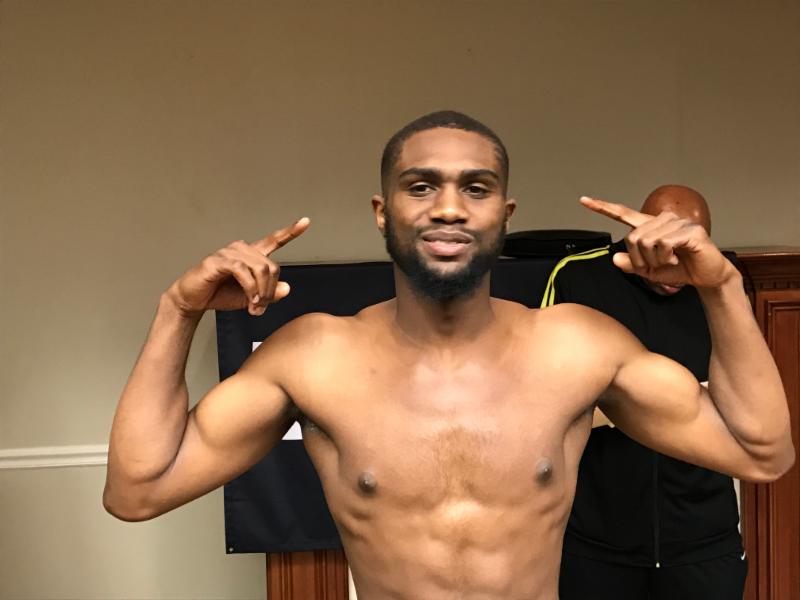 PHILADELPHIA – Twenty year old welterweight boxer Jaron “Boots” Ennis will honored as “The One to Watch” at the 11th Annual Briscoe Awards on March 25, 2018. Ennis, currently 18-0, 16 KOs, has been turning heads ever since he turned professional in 2016. After less than two years as a professional, Boots has convinced local boxing fans that he’s destined to become a world champion.

“Ennis has every Philly boxing fan excited,” said John DiSanto, founder of the Briscoe Awards. “He is the real thing and at the rate he’s going, he’ll be fighting for the title in another year.”

Ennis is no stranger to the Briscoe Awards. He won the “Amateur of the Year” two years ago, and was named the “Rookie of the Year” last year. He returns to the Briscoe stage on March 25th to receive his third acknowledgement by Philly Boxing History.

Advance tickets for the March 25, 2018 Briscoe Awards cost $20 and are currently available for sale at BriscoeAwards.com, or by calling 609-377-6413. Tickets will not be sold at the door. The $20 admission includes food, draft beer, wine, soft drinks, and a souvenir program and ticket. The Briscoe Awards will be held at the VBA Clubhouse, 2733 Clearfield Street, Philadelphia, PA, 19134.

The Briscoe Awards are presented by Philly Boxing History Inc., a 501c3 Non-Profit organization dedicated to preserving and honoring the great legacy of boxing in and around the city of Philadelphia. For more information, call John DiSanto at 609-377-6413.