Their first fight was controversial, this one not so much so as Srisaket Sor Rungvisai (44-4-1, 40KO) brutally knocked out Roman “Chocolatito” Gonzalez (46-2-1, 38KO) in the fourth round at the StubHub Arena in LA.

Far removed was the ‘Chocolatito’ that we are used to, this time employing caution with an unwillingness to engage as he did in the first encounter.

Rungvisai with a point to prove that the first fight between the two men was no fluke, pushed forward before landing a big left hook which dropped Gonzalez hard to the canvas in the fourth. He got to his feet momentarily before another left hook hammered home, this time more vicious than the last with little to no chance of rising. 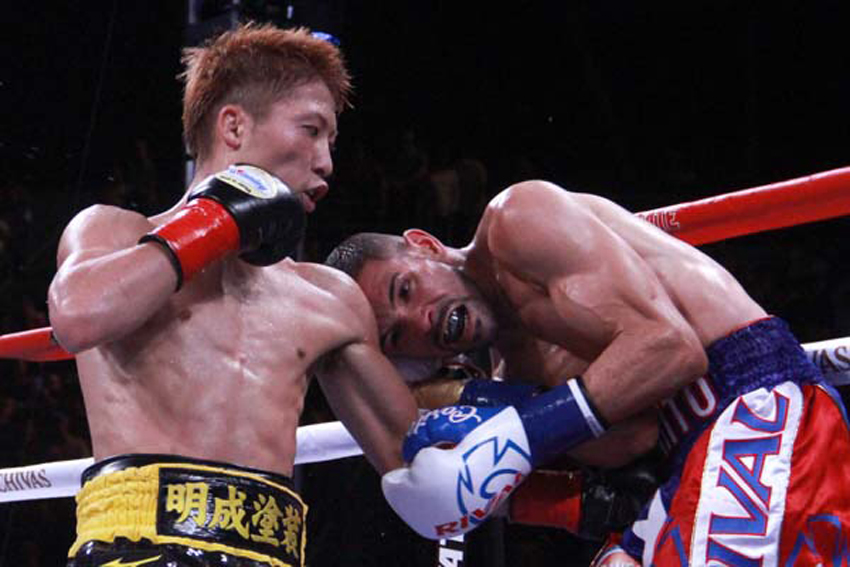 Inoue controlled all the action, throwing hard body shots that could be heard from ringside.

Inoue nailed Nieves with a hard hook to the body in the fifth which dropped him to the canvas with the look of dejection.

There on out, Nieves ran from the danger that lurked so much so that Inoue started posturing to the crowd in the hope of igniting something into the Cleveland Native.

No such luck, instead Nieves waved the white flag of surrender in between rounds six and seven.

For a few seconds, Carlos Cuadras (36-2-1, 27 KOs) had thought he had done enough to hand Juan Francisco Estrada (36-2, 25 KOs) his third career loss, but unfortunately for him it turned out to be a rare error from the announcer Michael Buffer, who corrected his mistake by giving Estrada the nod by scores of 114-113 across the board.

Cuadras started well on the offensive, taking the fight to Estrada whilst the latter patiently awaited an opening for his counters.

The two traded big shots early with the general consensus that Cuadras’ shots were the heavier but the momentum seemed to shift throughout the middle rounds. Estrada started to land with his own shots, a uppercut and straight right hand showed the shift as Estrada looked to be the stronger of the two.

Cuadras looked like he was fading but had a good ninth round before Estrada reasserted control, landing a right hand that dropped Cuadras which won him the contest on the judges scorecards. Thereafter Estrada kept control to take the victory and a shot at Srisaket Sor Rungvisai.