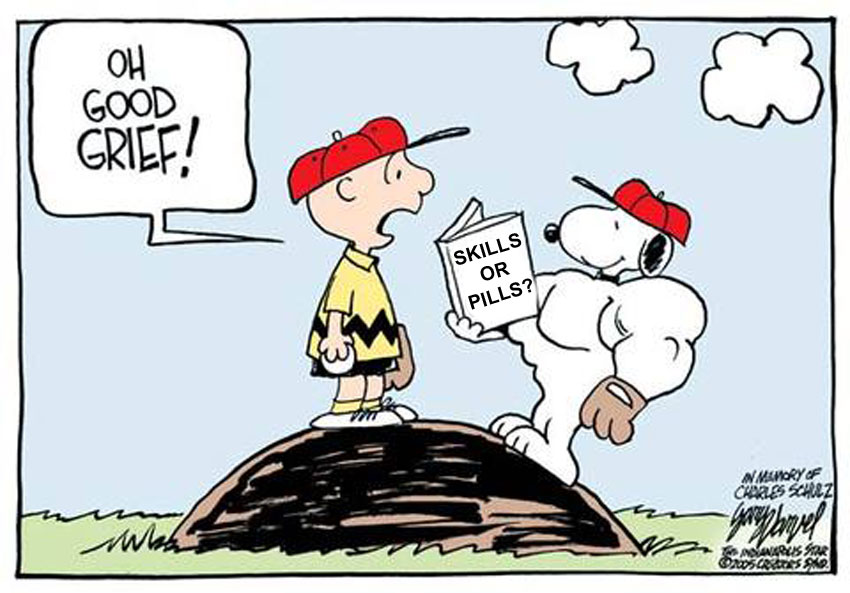 By James Allen – There has always been cheating at the highest levels in sport. Whether carried out by officials, training staff, or the athletes themselves, legacy and monetary incentives have consistently proven to be sufficient enough reason for stepping outside the rules of play. This is beyond reasonable dispute.

There are many different methods of cheating. Point shaving in high scoring leagues like the NBA and NFL. Intentionally poor refereeing in any football league in the world you care to look at. Out and out match-fixing. Performance enhancing drugs.

Just as numerous as the methods of the reasons for their implementation. Shady outside interests are probably as common as the athletes’s desire for victory. The fact is, when there is so much up for grabs, people are bound to use whatever means they can to achieve their own ends.

There are those out in the big bad world always searching for their own angle. The money men. The type of parasites who infect every crevice of life. Unavoidable leeches. My focus and concern is not with these scumbags. I am more interested in the participants.

How many athletes sacrifice their childhoods for the sake of reaching the top level in their chosen field? How many don’t make it to the Champions League, the Super Bowl or a world title fight? How much does the threat of falling short ultimately influence their decision to take an illicit road if the path becomes open? Given how many world class performers emerge from impoverished backgrounds, with the promise of economic elevation always dangled in front of their faces, I don’t blame anyone who fits into this category who chooses to get a little edge. I really don’t. Who gives a shit? If the difference between feeding your entire family for the foreseeable future or heading back to the well every day, or a life of crime, lies in your decision to take a pill, or make a deal, go right ahead.

There are a range of conflicts that arise when the cheating issue is discussed as it applies to sport. The one that holds the least water with me is that which bemoans a loss of integrity if one is to partake in illegitimate means of capturing victory. Give me a break. Integrity? Top level sports are inherently dirty, from the sweat shops team shirts are mass-produced into the smouldering wrecks left behind every time the Olympics moves on from a developing country. Agents making backroom deals, third part advertising influences, it’s all a filthy, filthy business. The pretension of purity bothers me so much more than the reality of it.

So, we can’t be surprised when businessmen act the way they do no more that we can blame a bear for mauling a hapless hiker. And as for the athletes, why, oh why, are shocked when people mentally conditioned to strive for victory do everything within their power to do just that? Particularly curious to me are those that do so not by fixing the field of play, but by giving themselves an extra boost. These are the ones who seem to get the most flak. I don’t quite understand it.

Three well known examples: Ben Johnson, Lance Armstrong, Diego Maradona. All of them the best in class, all of them busted for enhancing their ‘natural’ capabilities through the use of banned substances. The future is kinder than the present. Johnson and Armstrong are recognised as being frontrunners in sports where needles filled with Mexican supplements were almost as plentiful as water bottles, though they were crucified when their little secrets were initially exposed. Maradona had, and still has the kind of wild man reputation that provokes a slight shrug when you found out he had put an extraneous substance in his body. Quite frankly you’d be surprised if he hadn’t. Nevertheless, all three men experienced extreme vilification in the press as a result of their actions damaging both to their reputations and finances, because of a collective fallacy professing to uphold the honour of sporting competition.

More despicable than those runners and riders, in the eyes of most of the sports media, are the combat  athletes who also choose to use what have become known as PED’s – Performance Enhancing Drugs. The line of logic goes that cheating in a boxing ring or an MMA cage by using drugs that help enhance your cardiovascular or strength capabilities is especially egregious because this could potentially lead to the death of the opponent.

Whilst it is difficult to contend that there is absolutely no truth in this position, I feel this is a stance founded in propriety rather than logic. How is anyone in a prominent position meant to brush aside the perceived seriousness of such a thing when there are dyer moral and physical consequences at stake?

I’m not sure. The same way they can gasp in admiration at an uppercut or hook, honed through years of repetitious practice, as it separates a fellow mortal from his consciousness. The same way they can applaud a fighter’s dedication as he starves his body of food and water to get below the championship limit, dehydrating his brain and exponentially increasing the risk of brain damage from a heavy blow in the process. The same way they can accept matching a promising, dangerous young prospect against an overmatched, out-gunned journeyman who probably shouldn’t have been granted a license in the first place.

Eat right, train hard, get enough rest. These tenants are taken to the nth degree with protein supplements, advanced equipment, training at altitude, scheduled naps. They are the principles all athletes must abide by if they are to eek every ounce of physical potential out of themselves. So where is the cut off point? Where do cutting edge training methods give way to the cheating demons found on the banned list, a collection that changes from year to year? That line looks to me more dogmatic than logical.

0 comments on “SKILLS OR PILLS? DANGERS OF COMBAT SPORTS”