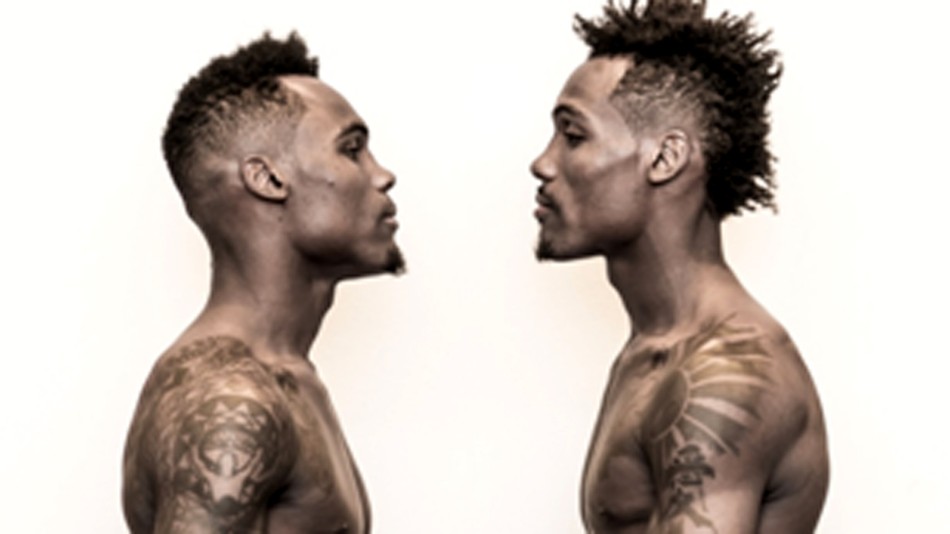 Sibling rivalry is rife within most families. A brother or sister will try to “out do” the other in an attempt to earn higher recognition and praise from both parents. But with twins that notion changes. Connected in a way that only they understand, they feel the joy and pain that each other experiences. And through all those times the one thing that each can wholeheartedly rely on is the support of the other. Just ask Jermall and Jermell Charlo.

Born May 19 1990 in Lafayette, Louisiana, both started boxing when, aged 8, they followed their father Kevin, a former amateur, to the gym. With boxing flowing through their veins, the pair went on to have impressive amateur careers. Jermall, the older brother by one minute, was vying for a spot on the 2008 Olympic team. But an injury to his toe saw him forced to let that dream go. Jermell’s talent shone too, winning bronze at the 2005 junior Olympics aged just 15. By 2007 though, he had decided to turn professional, ending his amateur career with a 56-8 record. Jermall decided to stay amateur for a while longer, finishing his career with a 65-6 record. By the time he turned pro in 2008 his brother was already 4-0, with 3 ko’s.

With both campaigning at 154 lbs, it was inevitable that common foes would be shared. Deon Nash and Carlos Garcia Hernandez were outpointed by Jermell first before Jermall duplicated the results, and then stopped Nash in two at the second time of asking. Both then steadily started their ascension through the rankings.

Jermell picked up his first trinket, the WBC Continental Americas title, punishing Harry Joe Yorgey with sharp right hands before sending him down for the count in round eight. However, in his next fight against former 140 lb contender Demetrius Hopkins, he was forced to dig deeper, winning a close but unanimous decision, whilst adding the USBA belt to his collection. He continued his education, two fights later outpointing former world title challenger Gabriel Rosado, before setting himself up for a shot at WBO champion Demetrius Andrade, by winning a wide decision over Charles Bellamy. But purses couldn’t be agreed and the chance to get Andrade in the ring faded, so Jermell kept plugging away, awaiting his next opportunity.

But Jermall landed his chance first. After running his record to 21-0, 16 ko’s, the hard-punching contender found himself standing opposite IBF titlist Cornelius “K9” Bundrage, a battle-hardened champion, and a man who would give his all to remain that way.

Jermall established control from the get-go, sending Bundrage down in the first from an overhand right. A stiff left jab sent Bundrage down again in round two, and it was becoming apparent that a new champion was soon to be crowned. In the third, a sharp left hook wobbled Bundrage, before a flurry, punctuated with a right hand, put him over for the third time in the contest. Jermall patiently measured his man with long jabs, teeing up a thumping right hand that sent Bundrage crashing to the canvas for the final time. The referee waved it off. Jermall was the new IBF super welterweight champion. But this was only half of the plan that had been laid out by the brothers for many years.

Jermell had established his quality and moved on from the Andrade disappointment by outpointing former world title challenger Vanes Martirosyan over ten. After impressively stopping former WBA titlist Joachim Alcine in six, he was nominated to fight for the vacant WBC title against the son of one of the legends of the ring and one of the hardest punchers in boxing history, Mr. Julian Jackson. John Jackson had only two losses in a 20-2, 15 ko’s record, and was rated highly by many. His style was different to his father’s in that he was slicker with solid, but not concussive power. He was giving future WBO middleweight champion Andy Lee all he could handle before being caught and blasted out in five, and was thought to have a serious chance of joining his father as world champion.

Jermell struggled to pin down the constant moving challenger from the start. Jackson would flurry before moving out of range, frustrating Jermell, although he was getting occasionally caught with power punches. After seven rounds though, Jermell found himself behind on all three judges scorecards and knew he had to turn things around. Known for his slick speed, he had previously flashed explosive power in several of his wins. And in round eight it was exactly that what dramatically ended things when a crushing right hand left Jackson out on his feet, forcing the referee’s intervention. Jermell was announced as the new WBC champion, as he and Jermall became only the second set of twins in history to reign together as World champions (super flyweight champions Khaosai and Kaokor Galaxy being the first).

On the same bill, Jermall made the second defence of his title against former WBA title holder Austin Trout. The heavy handed champion had stopped Wilky Campfort in three in his maiden defence, but he wouldn’t enjoy the same luxury against the elusive Trout. Rumours were circulating that Jermall was tight at the weight and this may have been reflected in his performance. He appeared strong over the first half of the contest but faded a little in the second half, allowing Trout back into things. He won a close, but unanimous decision, although looking good against Trout is nigh on impossible as many top fighters have discovered. However, in his next defence he reminded all what he was capable of.

Julian Williams was unbeaten with a 22-0-1, 14 ko’s record, and the IBF’s number one contender. The Philadelphia fighter was highly rated, and many expected the title to change hands. But Williams discovered just why Jermall carried the ring moniker of “Hit man”. Dropped by a strong jab in round two, Williams used his speed to ease his way back in to the fight. But it didn’t take long before Jermall’s power resurfaced when a savage highlight reel right uppercut sent Williams crashing to the canvas in round five. He was in desperate trouble as he dragged himself up. Jermall pounced like the predator he is, blasting away until a sharp left hook put Williams down again. The fight was waved over instantly as the crowd roared its approval. It was to be Jermall’s final defence though, as making the super-welterweight limit had become too much. He vacated his IBF title and headed to 160 lbs.

Jermell made the first defence of his WBC belt against once beaten Charles Hatley. In a highly impressive performance, Jermell put on a display of speed and power, dropping the challenger in the third with a lightening right hand, before scoring his own highlight reel knockout with a thunderous right. As one punch knockouts go, it was right up there with some of the more memorable in recent history. Such was his performance, comparisons to Hall of Famer and three-time super-welterweight champion “Terrible” Terry Norris were being made, an opinion strongly shared with this writer.

With Jermall planning an assault on the middleweight elite, Jermell is looking towards unification fights. Jarret Hurd put himself in the shop window, impressively grinding down Tony Harrison in nine to pick up the IBF title vacated by Jermall. Andrade has gone on to win the WBA regular title, with slick Cuban Erislandy Lara being that bodies “Super” champion and the consensus choice as division leader. Fights against any of these men would be tough and intriguing.

Jermall’s targets, although yet to fight in the heavier division, will no doubt be the winner of the megafight between division leader Gennady Golovkin and Saul Alvarez, or maybe a shot at any of the titles that may become vacant in the aftermath of this, knowing how virtually impossible it is to hold all the titles in modern boxing. An eliminator against WBC number one Jorge Sebastian Heiland has been mooted and, if successful, put him in a very strong position.

The Charlo twins are looking like future stars in the ever changing face of boxing. Some expectations come from amateur and Olympic success. Some come from fighters who just creep up and earn their reputations the hard way. The Charlo’s seem to belong more to the latter group, and that’s a good thing. Both are exciting and explosive young men who, in the next 18 months, figure to play a huge part in the direction of two highly competitive divisions. Will they be the last men standing? That remains to be seen. But one thing seems to be assured; The Charlo twins are here to stay, so expect the highlight reel to add a few more special moments to its ever growing list, and no matter what, these two will be stood side by side the whole way. #LionsOnly.

2 comments on “THE CHARLO TWINS: BROTHERS IN ARMS”