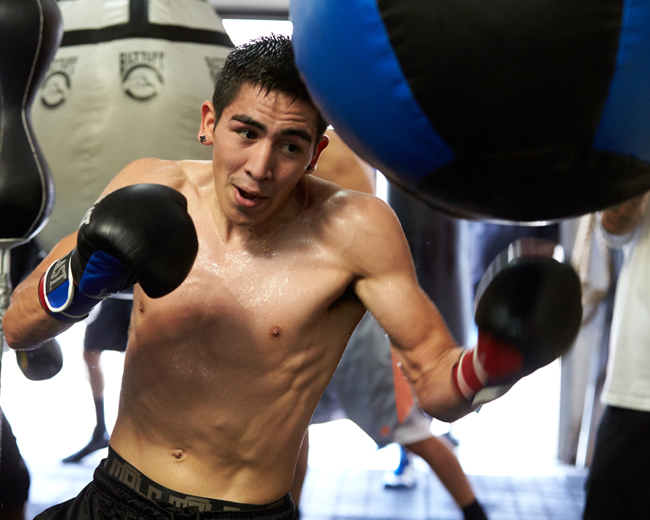 Former WBA ‘Super’ featherweight champion, Leo Santa Cruz, is contemplating hanging up his gloves for good if Frampton beats him for a second time.

Santa Cruz has an opportunity to redeem his first loss as a professional on January 28, and the Mexican admitted defeat is not an option, otherwise retirement may come sooner than expected.

“I haven’t been thinking about losing the fight,” the 28-year-old said. “If I lose this fight I have even thought about retiring. Nobody wants to lose twice to the same guy.

“I know he knows I’m going to come a lot stronger, and come with the mentality that I want revenge.”

Santa Cruz added: “If we get the win, I know he’s going to want the third fight and I’m happy to make a third fight too.”

After the rightful praise and attention from the stupendously gripping battle that unfolded on July 31, both men expressed their desire to do it all over again.

Santa Cruz – who is a three-weight world champion, holding titles at bantamweight, super-bantamweight and featherweight, has said preparation leading up to, and on fight night were far from ideal.

“For the first fight I didn’t push myself as hard,” he said. “Me and my brother was practising one game plan and when it got to the fight my dad had a different game plan so we got confused.

“It’s a learning experience,” Santa Cruz added. “We learn from that and the next fight were going to start from the first round. We’re going to tag him like we did in the sixth and seventh round.”

Frampton’s 2016 achievements – a victory over Scott Quigg on February 27 to hold the IBF & WBA super-bantamweight titles, and the move to 126lbs to dethrone Santa Cruz and claim the WBA ‘Super’ featherweight title, resulted in ESPN naming him their 2016 fighter of the year.

Santa Cruz was quick to show his respect: “He’s a really smart fighter. He has great footwork, great punches, great power. I think he has everything you know.”