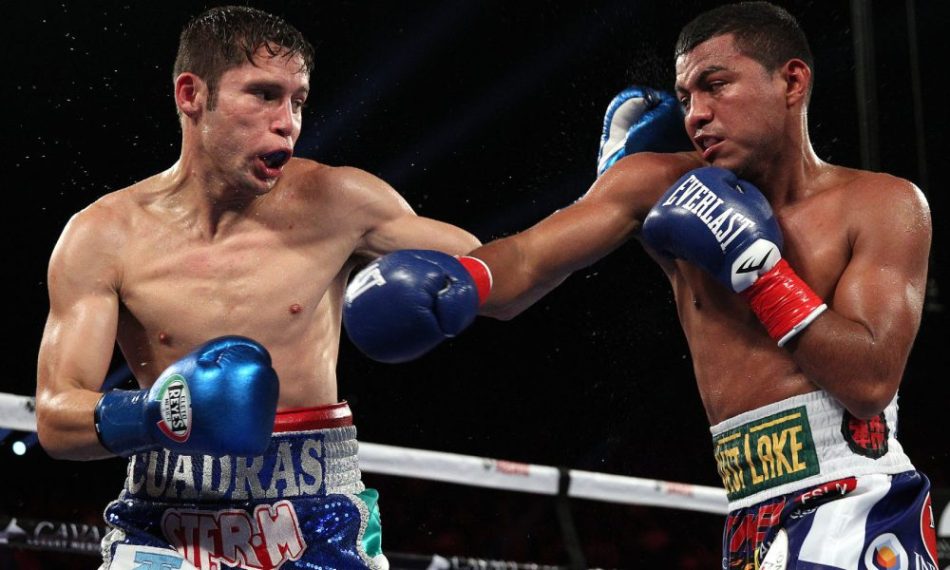 With their first encounter proving to be a terrific matchup, which saw Gonzalez crowned WBC champ after scores of 115-113, 116-112 & 117-110 – many scored it closer, the two men are preparing for another enthralling dustup.

The 28-year-old Mexican feels a stoppage is the only way to dethrone the four-weight world champion, and admits looking forward is certainly the best course of action.

“Why rely on the judges, better I knock him out,” Cuadras told fighthubtv. “With that there’s no doubts.

“I’m not traumatised over what’s happened. It happened and now I’m thinking about what is coming.”

Cuadras added: “I can’t stay sulking over a judge’s decision over a fight that happened which my belt left me.”

With Gonzalez making the step up from 112lbs to 115lbs and joining the super-flyweight ranks, the Nicaraguan’s hard-hitting combinations appeared to lack the zip and ferociousness which made him a formidable force at flyweight.

Relentless work-rate, enviable speed, and tremendous movement to create openings, left the undefeated phenomenon the rightful winner – but Cuadras kept coming with his own hurtful attacks.

Despite suffering his first defeat in 37 contests, Cuadras vows to reclaim the WBC strap he successfully defended six times, and is certain he will be in supreme condition.

“Chocolatito, he better enjoy it because he is borrowing it! I’m coming for it [WBC title] next year,” Cuadras said.

“My conditioning will be 100%. I’ll be at one million percent. Trust me, you will see a much-improved Carlos Cuadras.”

The Mexican warrior added that he thinks it’s only right he shares a ring with Gonzalez again for the fans.

“The people deserve a second part to the great fight. I think the public enjoyed it. A lot was thinking Chocolatito would destroy me.”

0 comments on “Cuadras on Gonzalez Rematch: “Why Rely on Judges, Better I Knock Him Out””